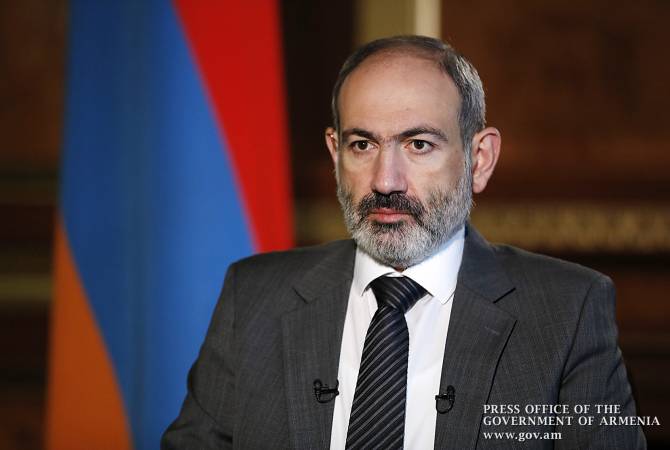 
YEREVAN, OCTOBER 22, ARMENPRESS. Prime Minister of Armenia NIkol Pashinyan commented on his yesterday’s announcement, according to which at this stage Nagorno Karabakh conflict has no diplomatic solution. ARMENPRESS reports in an interview with Interfax Pashinyan said that already 2 ceasefire agreements have been thwarted.

‘’Of course, Azerbaijanis blame the Armenian side for that, that we violated the agreement. But we know the truth. Diplomatic solution means compromise. And the problem is that during the entire negotiation process, and particularly during the negotiations of the last years, when Armenia says that this or that compromise is acceptable for us, which seemed to be acceptable until that moment for Azerbaijan as well, it immediately becomes unacceptable for Azerbaijan as soon as they realize that Armenia is really ready for that. This means every time when Armenia expresses readiness for mutual concessions, Azerbaijan starts demanding more. And this continues for already 9 years, or maybe more. This is what I mean saying that it’s nor realistic to speak about diplomatic solution unless Azerbaijan changes this position. But diplomatic efforts are necessary for changing this position of Azerbaijan and I highly appreciate the efforts of the OSCE Minsk Group Co-chairs and Particularly the Russian Federation’’, the PM said.

To the question if it can be confirmed that diplomatic efforts continue or can continue, PM Pashinyan answered, ‘’We need some quick solutions. But during this period, particularly following the two failed agreements, I mean the Moscow agreement and the following one initiated by the French President, when everything seemed to be agreed, I just don’t think it’s realistic to reach a quick diplomatic solution. But this does not mean that I don’t want that, that I am not ready to make all possible efforts for that. It’s just my objective assessment of the position of Azerbaijan. By the way, it’s not so that it’s entirely Azerbaijan’s position. I think it’s more the position of Turkey that is reflected in the position of Azerbaijan’’, Pashinyan said.