Nagorno Karabakh is not territorial conflict, it started from ethnic confrontation – Putin 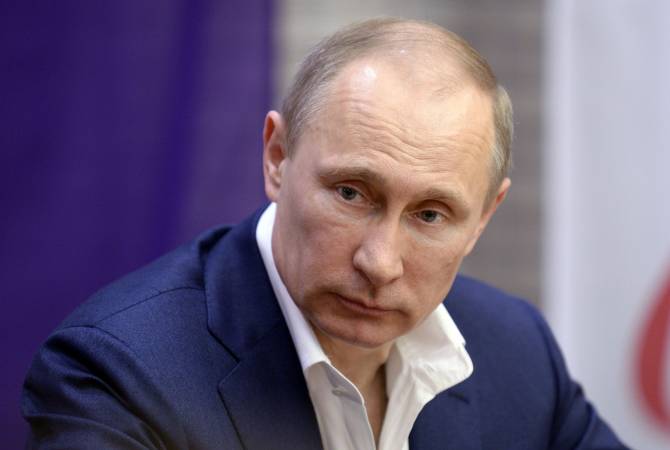 
YEREVAN, OCTOBER 22, ARMENPRESS. President of Russia Vladimir Putin emphasizes that Nagorno Karabakh conflict started not as a struggle between states for territory, but it started from ethnic confrontation, ARMENPRESS reports Putin said during the Valdai discussions. ‘’Unfortunately, this is a fact when in Sumgait, later in Nagorno Karabakh brutal crimes were carried out against the Armenian people. We must take this into account’’, the Russian President said.

He added that for years they made various offers for solving the crisis, in order to bring stability for a long period. ‘’But believe me, it was a tense work of positions and approaches. In some cases it seemed that very little is left for reaching a solution. Unfortunately, it did not happen and today we have a conflict with its worst manifestation. The tragedy is that people die’’, the Russian President said.

Vladimir Putin emphasized that there are thousands of casualties. He focused on the fact that during the war of Afghanistan which lasted 10 years, 13 thousand people died, while this short conflict has resulted in already thousands of victims.

‘’And how many injured are there? How many people are suffering? This is a unique situation for us’’, Putin said.

He said that the Minsk Group was established, Russia, the USA and France are the Co-chairs, who are responsible for the negotiation process. According to the Russian President, all the participants of this process sincerely wish to normalize the situation, but no one is interested in it so much as Russia, because all this happens in front of their eyes. ‘’I would very much like a compromise to be reached. You know that I am in close contact with both president Aliyev and PM Pashinyan. We speak with them a number of times during a day, a number of times in a day, our foreign ministers, defense ministers, heads of special services are in constant touch. You know that the foreign ministers of the two countries were in Moscow recently, they will meet in Washington on October 23. I hope our American partners will act in line with us, will contribute to the settlement, we really hope’’, Putin concluded.