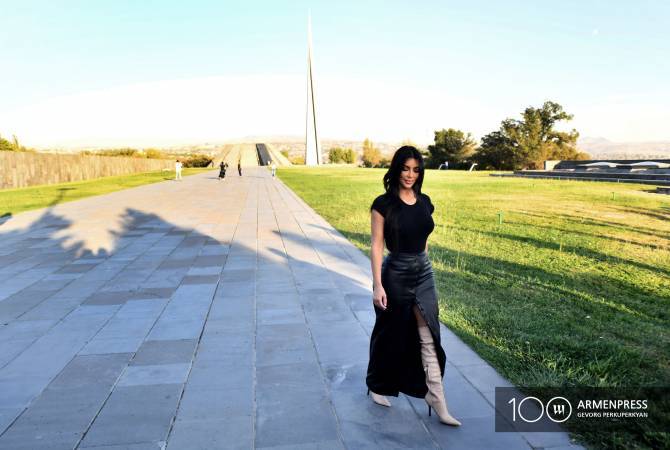 In the past, books and other resources currently cataloged were under the subject heading “Armenian Massacres”, but now they will be referenced as the “Armenian Genocide”, ANCA reports.

“The best birthday present! Today, the United States Library of Congress announced it will now use the subject heading Armenian Genocide. This landmark news was announced nearly one year after recognition of the Armenian Genocide by the US Congress and in the setting of the recent devastating attacks on Armenians in Artsakh”, Kim Kardashian said.

She thanked all the individuals at the Library of Congress, members of Congress for working on the efforts to continue to advocate for Armenians.

“Together, we continue to pray during this difficult time for the many men, women and children who have been impacted by the war. We are one global Armenian nation”, Kim Kardashian said. 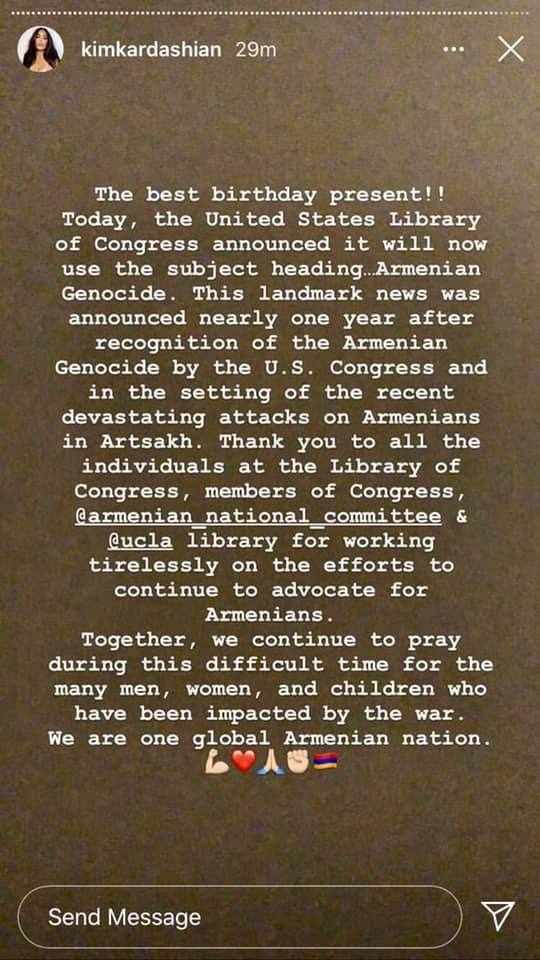