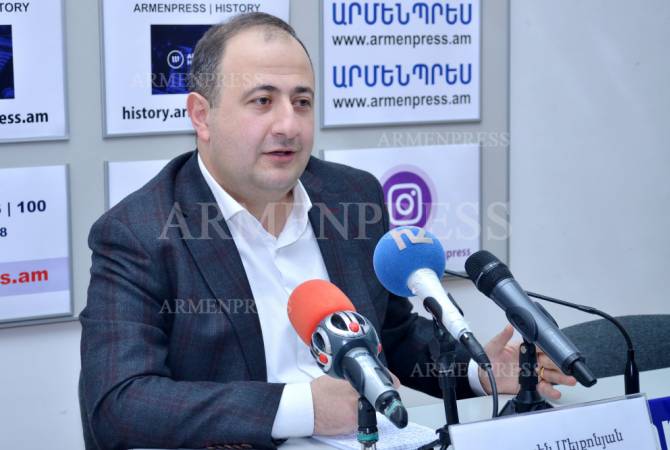 
YEREVAN, OCTOBER 22, ARMENPRESS. Turkologist Ruben Melkonyan emphasizes that given the factor that Russia has a military base in Armenia, Turkey will try to reinforce its de-facto military presence in Azerbaijan with de-jure presence, turkologist Ruben Melkonyan told ARMENPRESS, commenting on the announcement of the vice president of Turkey Fuat Oktay, saying that they will not hesitate to send their troops to Azerbaijan if Baku applies.

''In fact, Turkey is trying to legitimize the presence of its troops in Azerbaijan deployed during the unprecedented Azerbaijani-Turkish military exercises and have a military base there'', Melkonyan said.

Melkonyan sees Turkey's ambitions for a Syrian scenario, by which Turkish and Russian troops control some Syrian territories, but this plan of Turkey is not in the interests of Russia.

According to Melkonyan, it's obvious that Turkey will use Azerbaijan as a tool. He does not rule out that yielding to provocations, Azerbaijan may ask or offer Turkey to deploy troops in Azerbaijan. ''These issues will lead to a complicated political situation in Azerbaijan, putting at risk Azerbaijan's sovereignty'', Melkonyan said.