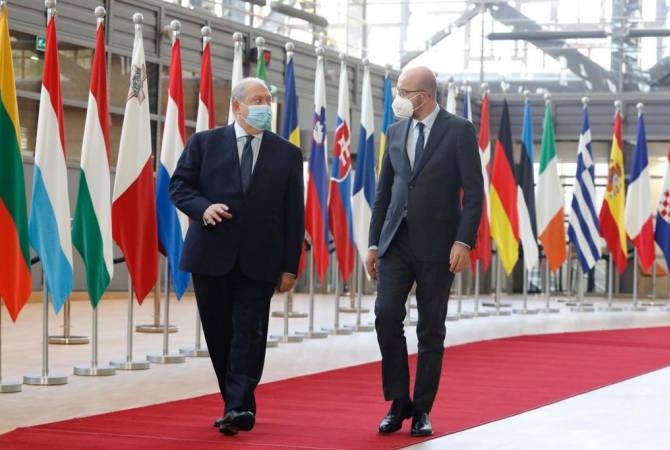 ‘’The violence in Nagorno Karabakh must stop. During the meeting with the President of the Republic of Armenia Armen Sarkissian I reiterated our deep concerns over the ongoing military operations, that have led to great humanitarian losses.

The sides should observe the ceasefire agreement and return to the negotiation table without preconditions. External involvement is inadmissible’’, ARMENPRESS reports Charles Michel said.

President Sarkissian is in Brussels. He is scheduled to meet with NATO Secretary General Jens Stoltenberg, EU High Representative for Foreign Affairs and Security Policy Josep Borrell and other high ranking officials.