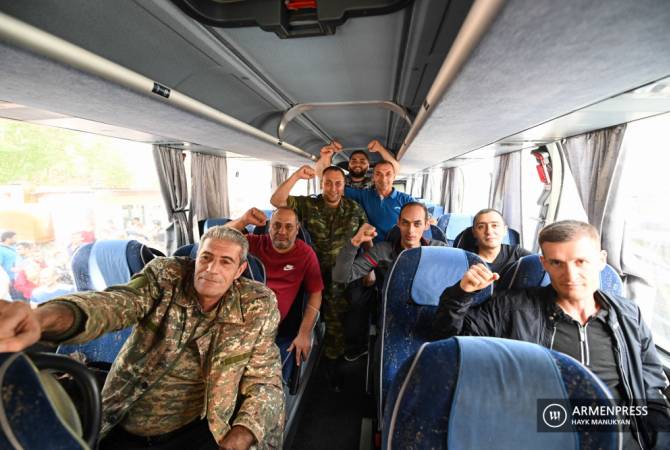 
YEREVAN, OCTOBER 21, ARMENPRESS. Prime Minister Nikol Pashinyan has called on the nation to form volunteer detachments to join the military amid the Azerbaijani attacks.

“I am addressing this call to all mayors of cities and villages of our country, all state and local-self governing bodies, the heads of these bodies, political parties, non-governmental organizations, civil initiatives, so they assume leadership and form volunteer detachments who will fulfill the protection of the Armenian nation’s rights. These detachments will operate under the Chief of the General Staff and the moment of formation will be considered equal to the oath of enlistment, which means that they must stand firmly wherever dispatched and fulfill the tasks set before them by the command,” Pashinyan said in a live video message on October 21.

He said this is a turning point and that the problems of the last 500 years of the Armenian people must be resolved with it.

“We are a people who went through genocide, and the genocide happened because there was a sentiment then as if “somewhere there are people who will stand up for the protection of the rights of the people, but perhaps that person isn’t me”. There are such people today, but we must stand next to them, because many of them, our heroic privates, officers and volunteers, have died for their country and we must stand for them. We must all stand, you are the person who must take up arms today and go and stand next to our hero men and take the victory which we aim for. The situation doesn’t give us any other choice than victory, there is no interim option. Victory requires efforts from each of us,” Pashinyan said.

He reminded that during the first Karabakh war the situation was far worse and difficult, but the people found the solution, because there were people who took up responsibility for the destiny of the nation.

“Our heroes are looking at us, and we must not have a reason to avoid looking them into their eyes, because they gave everything and spared nothing for their country, now it’s our time,” he said.