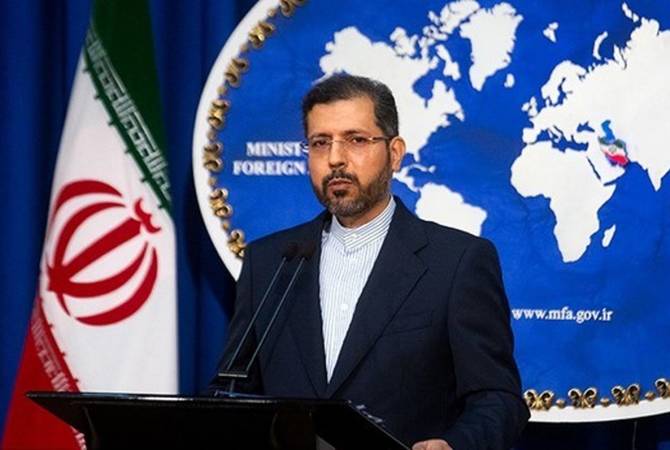 
YEREVAN, OCTOBER 20, ARMENPRESS. Iran has decried the “Takfiri” style beheadings after what they described as “worrying” images were released from Nagorno Karabakh conflict.

Khatibzadeh called on both sides of the conflict to ‘be committed to international regulations.’

Amid the Azerbaijani ongoing attacks on Artsakh, around 13:00, October 16, a serviceman of the Azerbaijani armed forces called an Armenian serviceman’s brother and said that they have beheaded him. The Azeri soldier apparently used the mobile phone of the victim. The Azeri soldier told the Armenian serviceman’s brother that they will post the photo of the severed head online. Hours after the call, the man found the photo of his brother’s severed head uploaded on his social media account.

Armenia’s Representative to the ECHR Yeghishe Kirakosyan said on October 19 that they will apply to the ECHR over the brutal case.