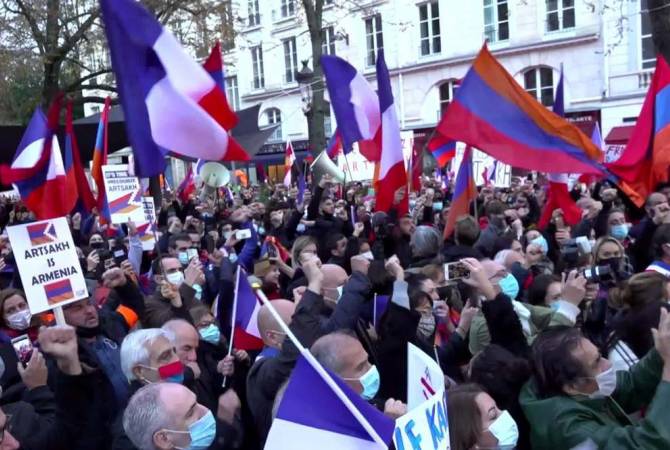 
YEREVAN, OCTOBER 18, ARMENPRESS. Thousands of Armenians are protesting in Paris against the Azerbaijani-Turkish aggression, demanding France to recognize the independence of Artsakh. ARMENPRESS reports the protestors are chanting ‘’Artsakh is our’’, ‘’Glory to Armenian army’’, ‘’Aliyev- Erdoğan terrorist’’, ‘’My life for Artsakh’’.

WBA world champion, boxer Arsen Goulamirian said that everyone must rise against the aggression and illegitimacies of Azerbaijan and Turkey.

The protesters raised prayer in Armenian. Over 10 thousand of proterstors are moving in the direction of the Azerbaijani embassy in France.

The Police are ensuring their safety.