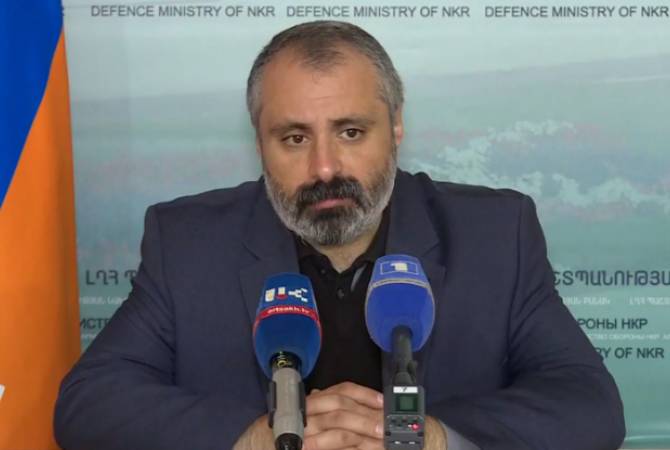 
STEPANAKERT, OCTOBER 18, ARMENPRESS. Turkey, Azerbaijan and terrorists are trying either to dismantle the Khoda Afarin Dam, located at the border of Iran and Artsakh, or take it under their control in order to have an influential leverage later on Iran, advisor to the President of Artsakh Davit Babayan said during today’s press conference, commenting on the Azerbaijani attack in the direction of the reservoir hours after the new humanitarian ceasefire entered into force on October 18.

“Overall, the ceasefire is in force in some sections, but there are directions where the adversary continues its anti-Armenian policy and is trying to enter into the defensive system of the Artsakh Defense Army in some sections. At the moment infiltration attempts in several sections of the frontline continue, but they are being repelled. For us the most important is to avoid losses. Heavy clashes are underway in some sections, especially in the southern direction”, he said, adding that the Defense Army and volunteers are successfully repelling the adversary and all its encroachments.

As for the issue of the bodies of Turkish, Azerbaijani terrorists which are in the Armenian side, Babayan said due to a critical epidemic situation has been created in some sections. “There are so many bodies that there is a serious sanitary problem these days”, he said.

Commenting on the terms of the ceasefire, the advisor to the Artsakh President said it is termless. Several Azerbaijani officials have announced that it will last for several days, but Babayan said there is no such thing. “If they announce in that way, it means they have a plan to start another aggressive actions in several days”, Babayan said.