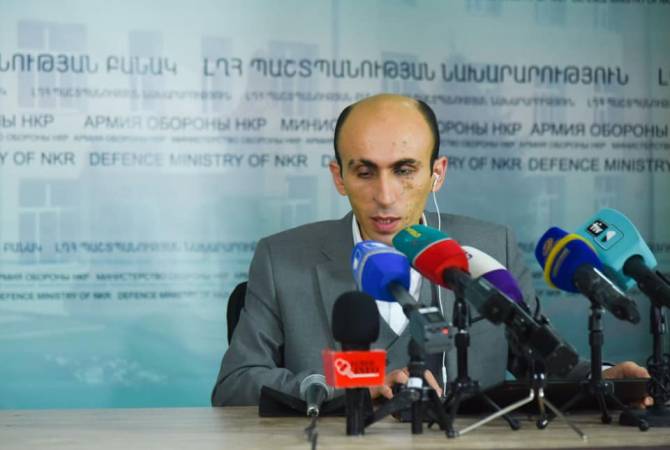 
YEREVAN, OCTOBER 17, ARMENPRESS. Following the ceasefire agreement reached in Moscow on October 10 based on the consultation between the Foreign Ministers of Armenia, Russia and Azerbaijan, 8 civilians have been killed in Artsakh, ARMENPRESS reports Human Rights Defender of Artsakh said in a press conference on October 17.

''Since September 27 at least 36 civilians have died, 115 have been injured. 20 of the 36 victims have been killed in their houses’', he said, adding that the Azerbaijani side uses high-precision air force, which gives them an opportunity to identify their targets. '' We assume that in many cases targeted, deliberate strikes were carried out on the civilian population. Following the October 10 ceasefire agreement, Azerbaijan continued targeting civilian population, as a result of which 8 civilians have been killed, yesterday and today 6 civilians were injured, 3 in Shosh village and 3 in Stepanakert. In both cases exclusively residential areas were targeted'', Beglaryan said.

The Human Rights Defender of Artsakh said that as a result of the Azerbaijani bombardment some residents of Artsakh have been forced to abandon their homes and move to other parts of Artsakh or Armenia.