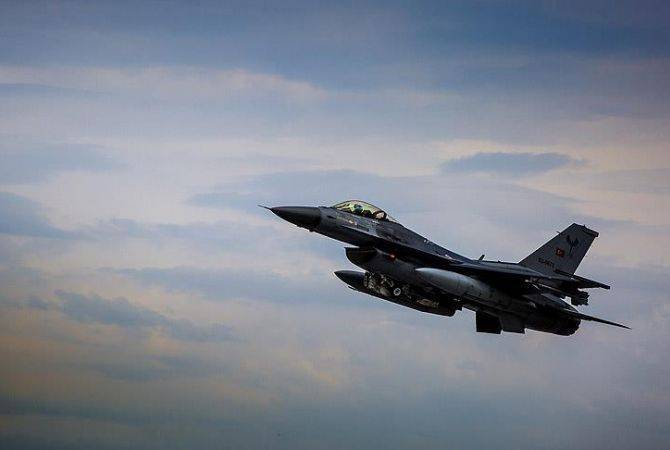 
YEREVAN, OCTOBER 17, ARMENPRESS. Turkey has violated the US legislation by using the American-made F-16 fighter jets in the territory of Azerbaijan during the war against Artsakh (Nagorno Karabakh), Expert on American studies Suren Sargsyan told Armenpress, adding that the F-16s could be deployed in Azerbaijan’s territory only by the permission of the US President, which, however, didn’t take place.

“The weapons and ammunition produced by the United States are always under the strong monitoring of the US government. The talk is about the types of arms sold to the partner states. The law says if the US weapon, which has been purchased by a partner state, should be used in the territory of another state, there should be the permit of the US President. In this case that consent didn’t exist”, he said.

The expert noted that the F-16s were not only deployed in the Ganja airport, but also participated in the military operations, moreover, one of them has shot down the military aircraft of Armenia’s Armed Forces. The expert, however, stated that this is not the first case Turkey is violating the US legislation.

“It’s not the first time Turkey is violating the US legislation and contract-based obligations because just several years ago Turkey started to use the US-made fighter jets in the territory of Syria, which created a big scandal because the US President has not given a respective permit”, Suren Sargsyan added.

He expressed confidence that the US side is conducting examinations over the case, but noted that this violation will not have a major consequence for Turkey.

“No statement has been made yet by the US side, because, I am sure, currently examination stage is underway. Here the problem is that there is a factory of F-16s in Turkey as well which is working with a US license, but in any case the US legislation bans the use of any kind of US-made weapon in the territory of another state without the President’s consent”, he said.

Turkish air force F-16s have been deployed against Armenia and shot down an Armenian military aircraft amid the Azeri attack on Artsakh on September 29, 2020.