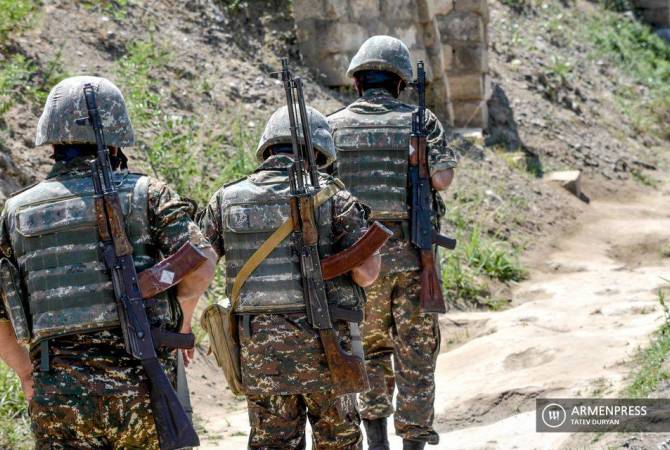 
YEREVAN, OCTOBER 17, ARMENPRESS. The two servicemen of the Artsakh Defense Army Areg Sargsyan and Narek Amirjanyan who are detained by Azerbaijan as prisoners of war amid the Nagorno Karabakh fighting unleashed by Azerbaijan are alive.

Under the apparent pressure of the European Court of Human Rights, the Azeri authorities have enabled them to phone their parents, lawyer Artak Zeynalyan – representing the two POWs at the ECHR in pursuance of the application filed by their families – said on social media.

“Moments ago POWs Areg Sargsyan and Narek Amirjanyan phoned their parents, they are alive, they are at a hospital,” Zeynalyan said.

The ECHR demanded Azerbaijan to ensure the inviolability of the Artsakhi POWs’ lives and right to health. The ECHR has also demanded the Azeri government to provide information on the POWs’ health and conditions by October 22.