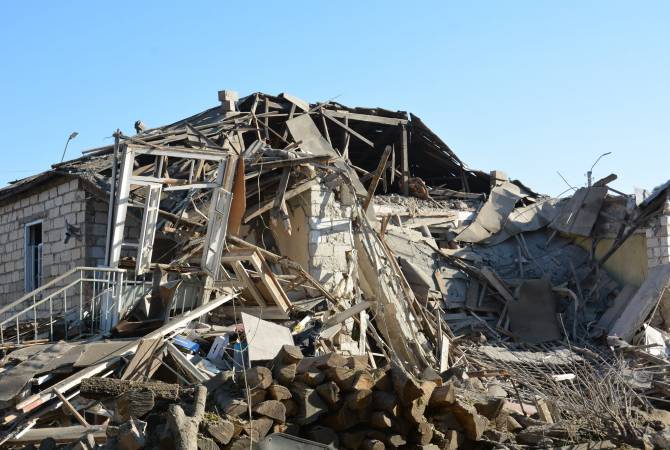 
STEPANAKERT, OCTOBER 17, ARMENPRESS. Three civilians have been wounded in the latest Azerbaijani bombardment of Stepanakert, the capital city of Artsakh.

Many apartments have been destroyed, and one economic facility was also hit in this attack, the Artsakh State Service of Emergency Situations said.

The wounded civilians are hospitalized.

“During the night Azerbaijan bombarded several streets in Stepanakert’s central part and the suburbs with different weapons and cluster bombs, significant damages were inflicted to private property of residents, apartments are ruined. One facility of economic significance was also hit,” the State Service of Emergency Situations said, adding that they are currently assessing the damages.

Artsakh’s Human Rights Defender Artak Beglaryan released a video on his social media account showing the consequences of the night bombing. “This is the consequences of Azerbaijan’s deliberate strikes with 6 heavy missiles at the peaceful settlements of Stepanakert,” he said, posting the images of the ruins.