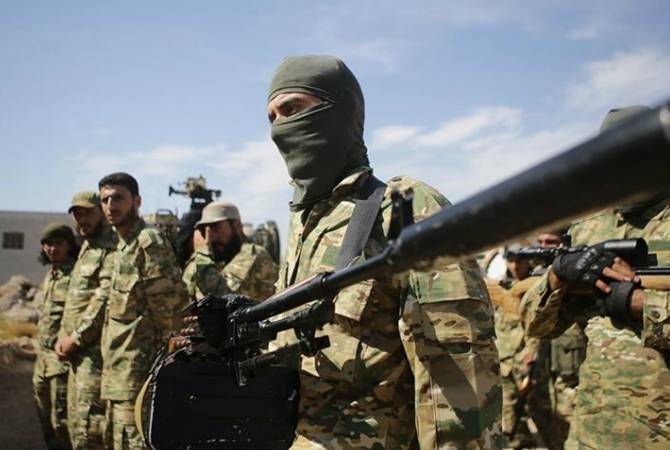 
YEREVAN, OCTOBER 15, ARMENPRESS. The family members of the Syrian mercenaries recruited and deployed in Azerbaijan by Turkey have told about their relatives to The Washington Post. ARMENPRESS reports the newspaper writes that they met with the family members of the mercenaries at the checkpoint of the Turkish-Syrian border, when they were waiting for the bodies of 53 killed Syrian men killed on Artsakh-Azerbaijan contact line, 600 miles away from their home.

The relatives of the killed mercenaries informed that their relatives had been recruited by Turkey-backed militants and were sent to Azerbaijan to fight against the Armenians.

The death of the killed Syrian militants has caused alarms for the reason that this conflict can quickly escalate, involving Turkey and Russia and destabilize Iran and Georgia.

The Washington Post notes that Turkey denies sending mercenaries to Azerbaijan, but in telephone conversations with their relatives, the mercenaries said that they had been promised monthly salary from Turkey-backed forces, while they arrived in Azerbaijan from the south of Turkey.

Azerbaijan unleashed war against Artsakh on September 27, targeting civilians not only in Artsakh, but also in the Republic of Armenia. By different estimates, Turkey has deployed 3.000-4.000 mercenary-terrorists in Azerbaijan to fight against Armenians.