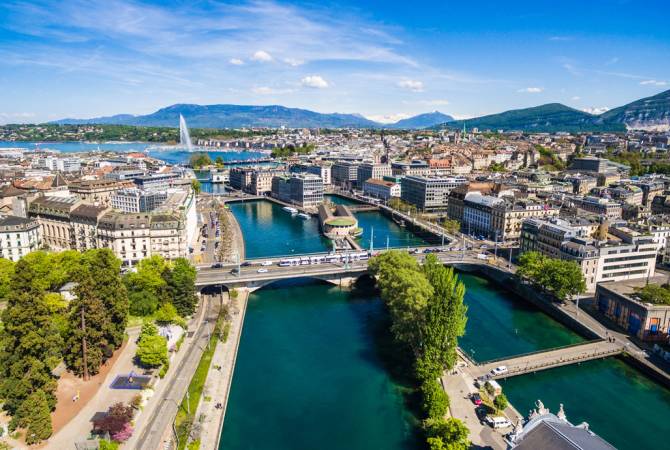 
YEREVAN, OCTOBER 8, ARMENPRESS. On October 7 the Geneva City Council passed a resolution on condemning Azerbaijan’s ongoing military aggression against the Republic of Artsakh (Nagorno Karabakh), recognizing the Artsakh people’s right to self-determination and demanding from the federal government to freeze the assets of the Aliyev family in Switzerland.

The resolution was passed with 49 votes in favor, 18 abstentions and 2 votes against.

It has been co-authored by Anna Barseghyan, Arnaud Moreillon, Pascal Holenweg and others.

The resolution, which has been submitted for the debate of 80 members of the City Council, is titled “Armenians in Nagorno Karabakh have a right to live and self-determination”. It provides a historical overview of the Nagorno Karabakh conflict, on the massacres in Sumgait, Baku and Kirovabad, as well as on the recent July attacks of Azerbaijan on Armenia’s borders. The resolution also makes a reference to the ongoing Azerbaijani-Turkish aggression against Armenia and Nagorno Karabakh launched since September 27, condemning the crimes against the civilian population, calling on the City Council to do the utmost to keep all the provisions of the international humanitarian law, the Geneva Convention.

“The City Council of the Geneva City recognizes the right of the people of Nagorno Karabakh to self-determination as the only opportunity to guarantee their security”, the resolution says.

The adoption of the resolution is symbolic as it is taking place ahead of the visit of Azerbaijani Foreign Minister Jeyhun Bayramov to Geneva today where he is scheduled to meet with the OSCE Minsk Group Co-Chairs.