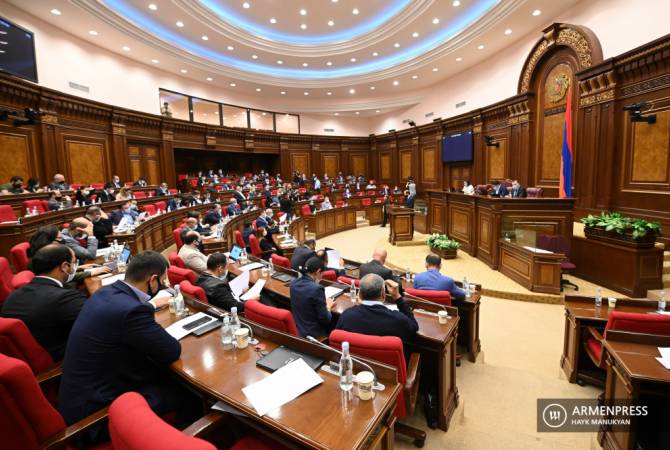 
YEREVAN, OCTOBER 7, ARMENPRESS. The Armenian Parliament approved the bill submitted by the government on making changes and amendments to the Law on the 2020 State Budget, which proposes to increase the current expenditures by 40 billion drams due to the ongoing military operations.

The bill was adopted unanimously with 89 votes in favor.

6.8% decline in economic indicators is expected in 2020. The annual GDP will decline, comprising 6 trillion 170 billion AMD.

The state budget deficit will comprise nearly 459 billion drams (7.4% of the GDP).

As for 2020, it is estimated that the Government’s debt-GDP figure will reach nearly 67%, passing the 60% threshold.