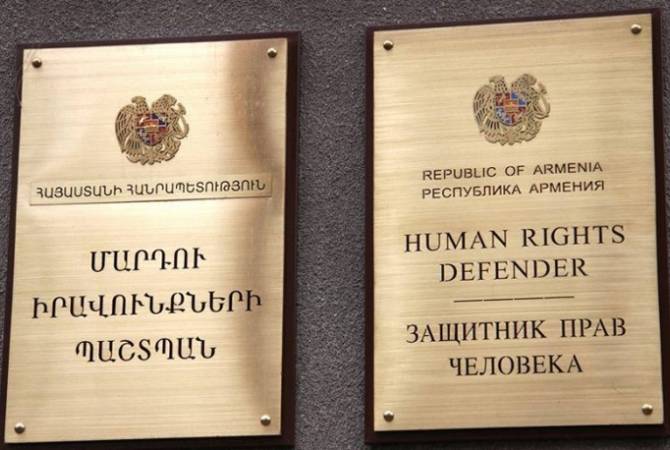 
YEREVAN, OCTOBER 4, ARMENPRESS. The Human Rights Defender of Armenia has presented his second study on the ongoing military aggression launched by Azerbaijan against Armenia and Artsakh, the Ombudsman’s Office told Armenpress.

On September 27-28, October 2-4 Azerbaijan deployed LAR-160 and Smerch cluster-warhead missiles against the city of Hadrut, capital city of Stepanakert and against the village of Shosh near Stepanakert.

Repeated use of cluster munitions against densely populated settlements is a grave breach of international humanitarian law, and a grave breach of Azerbaijan’s international human rights obligations, including its positive obligations with respect to the right to life and health, the prohibition of cruel, inhuman or degrading treatment, and the right to property, despite Azerbaijan is not a party to the 2008 Convention on Cluster Munitions.

It is forbidden to use cluster munitions in any case if the effects of such use cannot be limited as required by international humanitarian law, namely – when the distinction between military targets cannot be ensured.

The principle that states must never use weapons that are incapable of distinguishing between civilian and military targets is not only codified in Additional Protocol 1 to the 1949 Geneva Conventions (and additionally included in the legislation of non-member states), but has also been recognized by the International Court of Justice as a foundational principle of international humanitarian law. These principles derive from elementary considerations of humanity and dictates of public conscience, which are binding on all states in every situation of armed conflict.

The very nature of the cluster munitions in question inevitably makes them incapable of ensuring the required distinction between military and civilian targets when used in proximity with civilians and civilian objects, let alone when used in heavily populated settlements. As reported on October 4 by the Human Rights Defender (Ombudsman) of Artsakh, shelling with LAR-160 and SMERCH cluster-warhead missiles towards civilian settlements is targeted. According to the Artsakh Ombudsman Interim Public Report “The Azerbaijani Atrocities against Arstakh Population in September 2020”, there is a great risk that the civilian population will be at a significant threat for a very long time, given the size, scope and type of weapons.

The repeated use of such munitions is moreover evident that they constitute a part of a policy of ethnic cleansing – as such use clearly demonstrates a policy by Azerbaijan to use violent and terror-inspiring means against the civilian Armenian population.