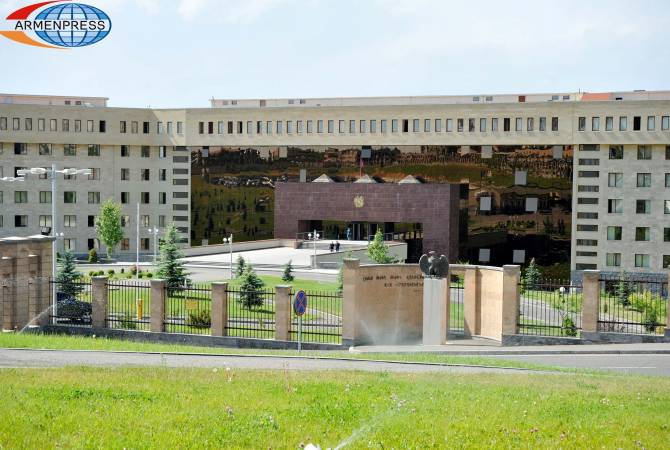 
YEREVAN, OCTOBER 2, ARMENPRESS. The Armenian Ministry of Defense has officially denied as disinformation the information spread by Azerbaijani officials that claimed the Azeri territory is being targeted by TOCHKA-U missiles from Armenia.

“Despite the fact that for already several days Azerbaijan is targeting the settlements near the Armenian town of Vardenis with UAVs and various caliber artillery systems, not a single missile has YET been fired in the direction of Azerbaijan from the territory of the Republic of Armenia. The Ministry of Defense is strongly advising the Azerbaijani side to refrain from such provocations and not instigate the Armenian Armed Forces to real missile counterattacks with all subsequent consequences,” she said.