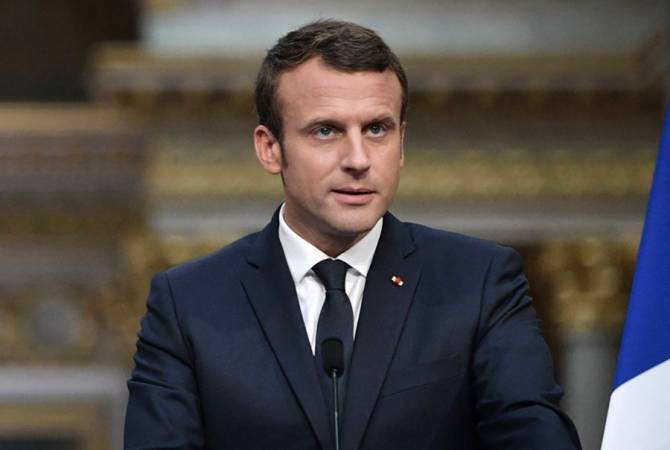 
YEREVAN, OCTOBER 1, ARMENPRESS. French President Emmanuel Macron has announced that the Azerbaijani attacks against Nagorno Karabakh can have no justifications, Macrons told the reporters in Brussels before the meeting of the EU leaders. ‘’I directly told Aliyev that the attack against Nagorno Karabakh by Azerbaijan has no justification, ARMENPRESS reports Macron as saying.

President Macron confirmed the presence of jihadists against Artsakh from the Azerbaijani side. ‘’We have facts about involving mercenaries from Syria’’, he said.

Macron assesses the situation over Nagorno Karabakh really dangerous and reminded of the joint statement with the Russian President Vladimir Putin and U.S. President Donald Trump, calling on the side to immediately establish ceasefire without preconditions. ‘’As a Minsk Group Co-chair we will spare no efforts to re-establish the ceasefire so as the sides return to the negotiation table’’, the French President said.

Armenia has reported 103 casualties among the military, there are also civilian victims, including children. International reporters have been bombed and injured.