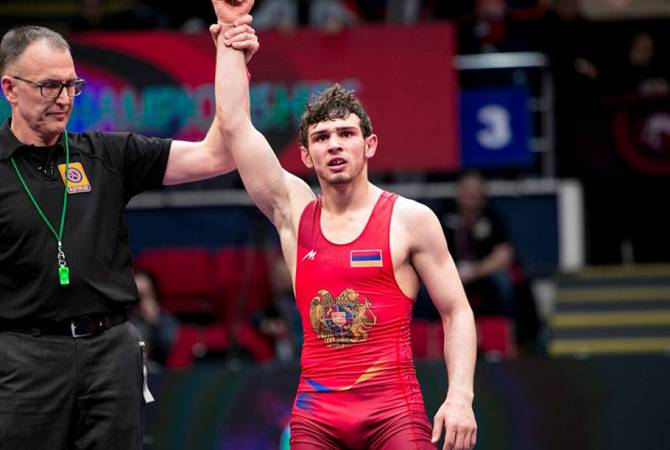 The Wrestling Federation said Harutyunyan is already in Artsakh and has joined the troops.

Harutyunyan’s father, a war veteran, is also in Artsakh serving in the military.

103 servicemen of the Artsakh military have been killed in the Turkish-backed Azerbaijani attacks since September 27. Over 120 troops are wounded.  7 civilians were also killed in different cities of Artsakh as Azeri forces bombarded towns.

According to latest reports, the Azeri forces lost more than 920 servicemen in the their offensive operations with more than 2100 wounded. The Azeris have also lost 84 UAVs, 7 gunships, 166 tanks and armored equipment, 1 warplane and 1 Smerch launcher.