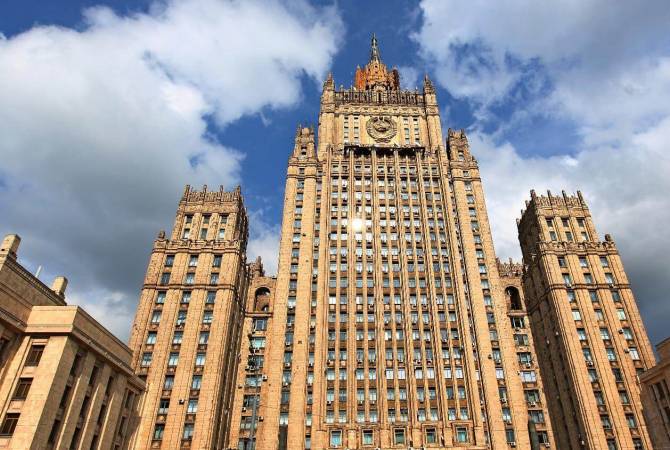 
YEREVAN, SEPTEMBER 30, ARMENPRESS. The Russian Ministry of Foreign Affairs has urged to immediately withdraw foreign mercenaries and terrorists from the Artsakh-Azerbaijan line of contact.

“According to information we are receiving, the transfer of illegal armed groups, namely from Syria and Libya is being carried out to the Nagorno Karabakh conflict zone with the purpose of direct participation in combat operations. We are deeply concerned with these processes which not only lead to greater escalation in the conflict zone but also create lasting threat for the security of all regional countries.

We call on the stakeholder states’ leaders to take effective measures for not allowing the use of foreign terrorists and mercenaries in the conflict and immediately withdrawing them from the region,” it said.

Multiple evidence has surfaced proving that Turkey has transported foreign mercenaries from Syrian rebel groups, including jihadist terrorists, to Azerbaijan to attack Artsakh in the ongoing offensive.