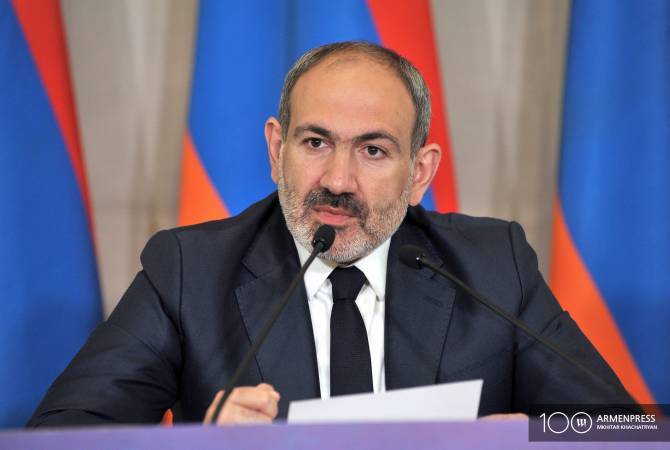 
YEREVAN, SEPTEMBER 29, ARMENPRESS. Prime Minister of Armenia Nikol Pashinyan urged the international community to condemn the Azerbaijani-Turkish aggression against Armenia and Artsakh speaking with BBC. ARMENPRESS reports Pashinyan noted that it's already 3 days the Azerbaijani armed forces are targeting the civilian population of Artsakh, while today the Turkish forces joint the aggression against the peaceful people of Armenia.

''Days ago the Azerbaijani troops unleashed military operations along the entire contact line with Nagorno Karabakh. We name it as an aggression against the people of Nagorno Karabakh that has been planned in advance. The armed forces of Azerbaijan targeted the cities and villages of Nagorno Karabakh, the civilian population and civilian infrastructures. Today the same happened with the villages in the territory of the Republic of Armenia. Today the armed forces of Azerbaijan continued the attacks, and it's very important to note that Turkish military instructors and officers are stationed in Azerbaijan and are directly involved in the military operations, which resulted in dozens of victims and hundreds of injuries'', Pashinyan said.

The Armenian PM also informed that Turkish F-16 fighter jets participate in the attacks against Armenia and Artsakh.

Today, starting from 10:30, Turkish Air Force F-16 fighter jets took off from the Gyanja airport in Azerbaijan and were ensuring the Azerbaijani SU-25 and Turkish-made Bayraktar UAV bombings from the Azerbaijani Dalyar airport at the Armenian settlements and Armed Forces land divisions positioned in the Vardenis, Mets Masrik and Sotk regions of the Vardenis region in Armenia.

In the abovementioned period our air force was providing air support to the Armenian Armed Forces Air Defense units. During their mission and aerial battles, a Turkish Air Force F-16 fighter jet shot down an on-duty SU-25 jet of the Armenian Air Force in Armenian airspace.

According to the latest data, the Azerbaijani side has suffered nearly 400 human losses as a result of its aggression. The Artsakh side has destroyed a total of 6 Azerbaijani attacking helicopters, 50 UAVs, 85 armored equipment including tanks, 82 vehicles and 1 aircraft. On September 29 the Defense Army informed about more losses at the Azerbaijani side, inclusing 11 UAVs and 17 tanks.