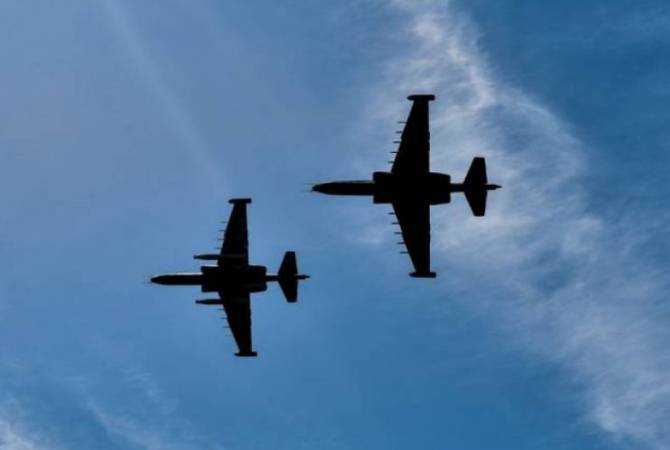 
YEREVAN, SEPTEMBER 29, ARMENPRESS. Expert in Turkish studies Aram Ananyan says the world should not tolerate the targeting of an Armenian SU-25 jet in the Armenian air space by an F-16 fighter jet belonging to the air forces of the Republic of Turkey from the territory of Azerbaijan, Ananyan told ARMENPRESS.

''If the world will tolerate the aggressive activities of the Turkish air forces from the territory of Azerbaijan, let's record a fact that Armenia, in fact, is being attacked by a NATO member state. Both NATO and CSTO member states have to react to this incident'', Ananyan said, adding that following the developments it's necessary to find out if Azerbaijan acts as a soveriegn state or as part of Turkey.

According to the expert, Turkey is ready to fight against Armenia until the last Azerbaijani dies, and this attack should put an end to all the illusions that the military operations are taking place only between Artsakh and Azerbaijan.

Turkish air force F-16s have been deployed against Armenia and shot down an Armenian military aircraft amid the Azeri attack on Artsakh.

In the abovementioned period our air force was providing air support to the Armenian Armed Forces Air Defense units. During their mission and aerial battles, a Turkish Air Force F-16 fighter jet shot down an on-duty SU-25 jet of the Armenian Air Force in Armenian airspace,” MoD spokesperson Shushan Stepanyan said. She said the pilot of the SU-25 died.