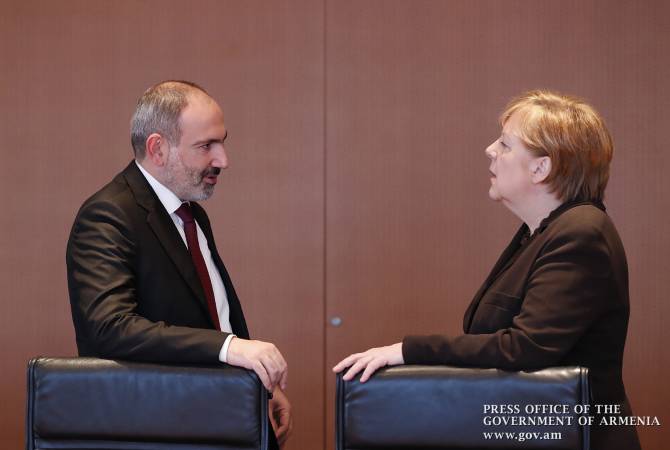 As ARMENPRESS was informed from the Office of the Prime Minister, Pashinyan presented the regional situation, noting that Artsakh has been subjected to Azerbaijani aggression and expressed deep concerns over the ongoing military operations that threaten the security of Artsakh and Armenia. ,

He added that following the July incidents, Turkey is increasing its influence in the developments in the region. PM Pashinyan urged the German Chancellor to make all efforts for curbing Turkey’s aggressive and destabilizing stance and ruling out its involvement in regional developments.

The German Chancellor expressed deep concerns over the situation. She noted that the peaceful settlement of Nagorno Karabakh conflict has no alternative and emphasized the importance of resumption of the peace process in the sidelines of the OSCE Minsk Group Co-chairs.