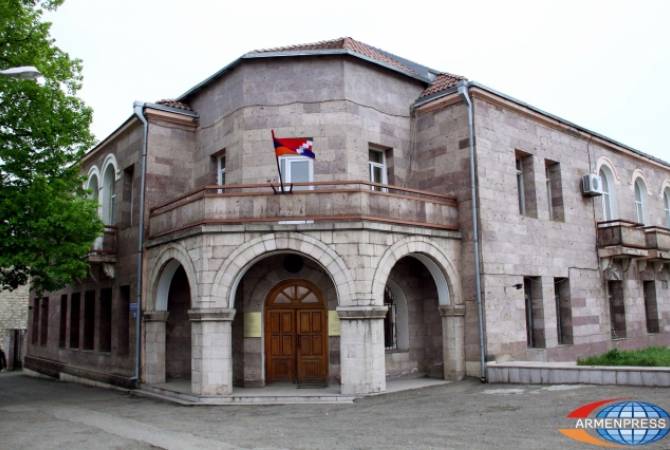 
YEREVAN, SEPTEMBER 28, ARMENPRESS. The Foreign Ministry of Artsakh has issued a statement, expressing confidence that holding Azerbaijan accountable is the most effective mechanism to ensure Azerbaijan’s compliance with its obligations as a member of the international community, as well as to prevent its further intentions to commit internationally wrongful acts. As ARMENPRESS was informed from the press service of the Foreign Ministry of Artsakh, the statement runs as follows,

‘’Azerbaijan’s large-scale armed attack on the Republic of Artsakh, which has continued since 27 September, is accompanied by serious violations of the laws and customs applicable in armed conflicts.

In particular, in their aggression against the Republic of Artsakh, the Azerbaijani armed forces intentionally attack civilian objects that are not military targets, use prohibited methods and means of warfare that can cause superfluous injury or unnecessary suffering, as well as use indiscriminate weapons. As a result of the criminal actions of Azerbaijan, there were casualties among the civilian population of Artsakh. Serious concern is caused by the incoming information that mercenaries from the Middle East are being recruited through Turkey for participation in the hostilities on the side of Azerbaijan. Such actions by Azerbaijan constitute a serious violation of international humanitarian law, in particular Geneva Convention relative to Protection of Civilian Persons in Time of War, and amount to war crimes. It should be noted that both the Republic of Artsakh (since 26 January 1993) and Azerbaijan are parties to this Convention.

This latest aggression of Azerbaijan against the Republic of Artsakh should be viewed in the context of widespread and systematic attacks on the civilian Armenian population, undertaken by the Azerbaijani side both in time of war and peace from the very beginning of the National Liberation Movement of Artsakh, and to this day. Atrocities against the Armenian population in Sumgait, Baku and other cities of Azerbaijan, forcible deportation of the entire Armenian population from Azerbaijan, war crimes committed by the Azerbaijani armed forces both during the war in 1990s and in April 2016, continuing violations of the fundamental rights of citizens of the Republic of Artsakh and preventing them to exercise their inherent rights manifest a crime against humanity.

The Azerbaijani side is once again trying to put itself above international law. At the same time, the wrongful acts of Azerbaijan each time become more and more threatening both to the lives of the civilian population and for peace and security in the region as a whole, which is contrary to the UN Charter. The statements by representatives of international organisations on the need for an urgent cessation of hostilities should be viewed in this context. The statements of political and public figures from various states about the need to hold Azerbaijan accountable deserve particular attention. We believe this is the most effective mechanism to ensure Azerbaijan’s compliance with its obligations as a member of the international community, as well as to prevent its further intentions to commit internationally wrongful acts. The international recognition of Artsakh is the most efficient in the toolkit available to the international community for maintaining regional peace and security. Endowing the Republic of Artsakh with international legal personality will add to the Republic’s military means of ensuring security also legal mechanisms to protect the fundamental rights of its citizens’’.