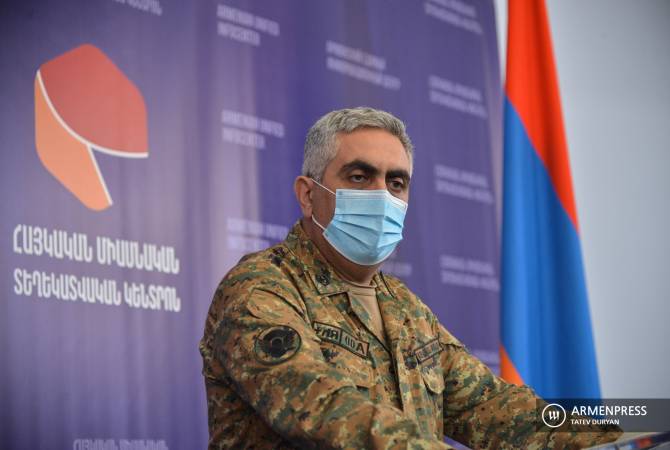 
YEREVAN, SEPTEMBER 28, ARMENPRESS. Combat operations of various intensity are ongoing at the entire perimeter of the Artsakh-Azerbaijan line of contact, Armenian military representative Artsrun Hovhannisyan said at a news conference.

He said the most active operations are taking place at the northern and southern directions.

“The Azerbaijani armed forces’ rather massive attacking operations in the southern direction of Artsakh have been repelled. During the countermeasures Azerbaijan lost 10 or 11 armored equipment, mostly tanks. The adversary was repelled to its starting position and right now there is relative calm and light battles are underway. Azerbaijan used heavy artillery strikes, they bombarded civilian settlements in the north, namely Martakert and adjacent settlements. Reporters working at the scene also came under fire,” Hovhannisyan said.