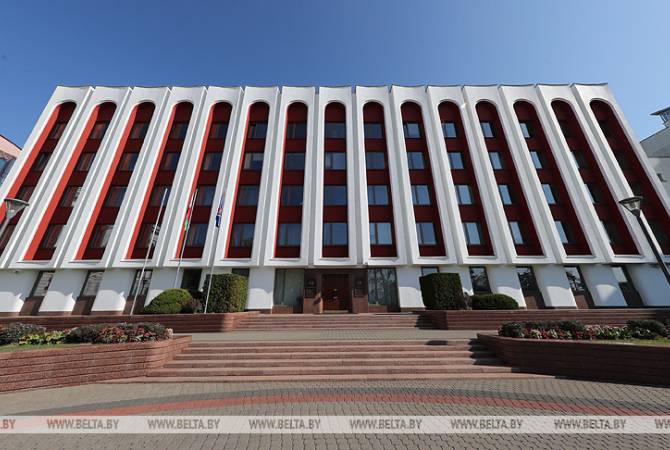 
YEREVAN, SEPTEMBER 28, ARMENPRESS/BelTA.  Belarus is deeply concerned over the dramatic escalation of the situation and the use of heavy weapons and aviation in the Nagorno Karabakh conflict zone, the foreign ministry said in a statement.

“We not only call on but also sincerely ask Azerbaijan and Armenia, who are important partners for us, to stop fighting, renounce the use of weapons and find ways to peacefully resolve the situation, including within the framework of the OSCE Minsk Group. We reaffirm our readiness to provide necessary assistance to promote the dialogue between the parties in this and other formats acceptable to them”, the statement said.

The ministry said “the main thing today is to stop the bloodshed immediately and to avoid further casualties. “Human lives are priceless. It is important to make every effort to maintain peace in the region”, the statement added.

According to the latest data, the Azerbaijani side has suffered nearly 200 human losses as a result of its aggression. The Artsakh side has destroyed a total of 4 Azerbaijani attacking helicopters, 27 UAVs, 46 tanks, armored vehicle, as well as 2 engineering armored vehicles and 11 armored equipment.