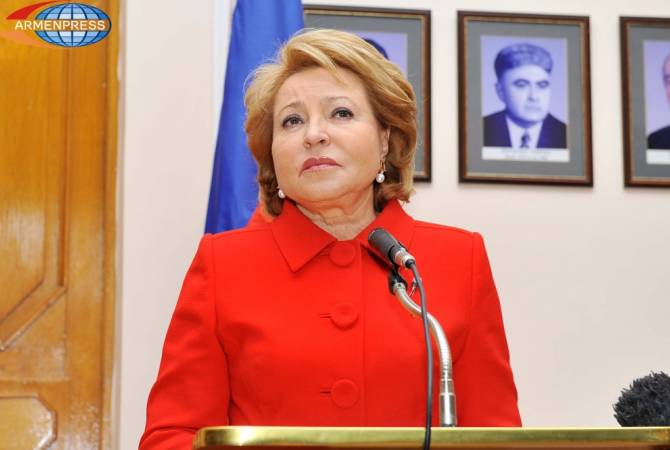 “As Chair of the Council of the CIS Interparliamentary Assembly I would like to express my sincere and deep concern over the ongoing tragic incidents taking place around Nagorno Karabakh. The situation is highly important, it is fraught with danger of turning into a large-scale military clash between Armenia and Azerbaijan”, she said.

Valentina Matviyenko said this conflict has no military solution. In this respect she urged the sides to immediately cease the fire and return to negotiations within the OSCE Minsk Group format.

“Every escalation would mean new losses, including among civilians”, she said, urging all responsible forces of the world to refrain from any interference to the conflict.

According to the latest data, the Azerbaijani side has suffered nearly 200 human losses as a result of its aggression. The Artsakh side has destroyed a total of 4 Azerbaijani attacking helicopters, 27 UAVs, 46 tanks, armored vehicle, as well as 2 engineering armored vehicles and 11 armored equipment.