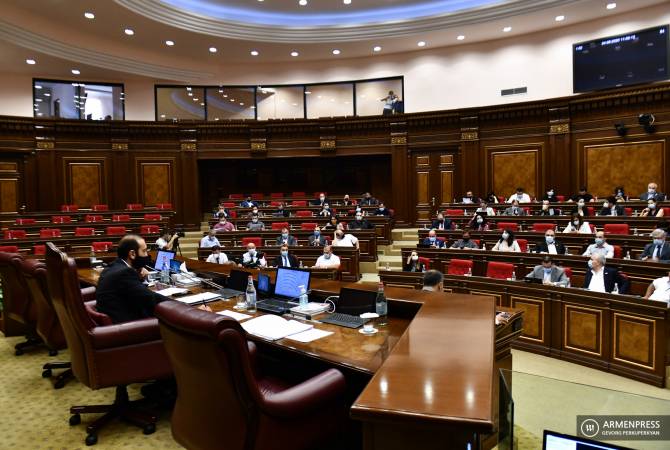 
YEREVAN, SEPTEMBER 28, ARMENPRESS. The Armenian Parliament unanimously adopted the draft statement on condemning the military aggression unleashed by Azerbaijan against the Republic of Artsakh on September 27.

118 MPs voted in favor of the draft statement.

The statement has been drafted by MPs of the three parliamentary factions.

In the statement the Armenian MPs note that conducting military operations against the civilian population, elderly, children and woman is banned not only by the international law, but also in all civilizations, all global religions. They highlighted that the international community should take practical steps to restrain not only Azerbaijan’s aggression, but also the aspirations of its ally Turkey to intervene in the Artsakh conflict which will lead to the extreme destabilization of the region, creating a direct threat to the international peace and security. They reaffirmed that the “Armenian side has always remained committed to the peaceful settlement of the conflict within the OSCE Minsk Group Co-Chairmanship, at the same time, being the guarantor of the security of Artsakh, will  not hesitate to take all necessary measures to protect the security and expression of will to self-determination of the Artsakh-Armenians”.