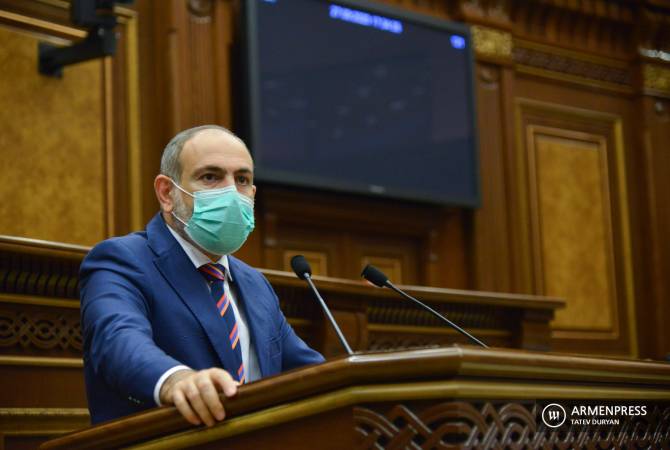 
YEREVAN, SEPTEMBER 27, ARMENPRESS. Armenian Prime Minister Nikol Pashinyan says it’s important to update the history of the Artsakh issue for the international community, to remind that this is a fight for the people’s, the Artsakh Armenians’ right to live, the PM said during a special session in the Parliament, in response to the question of MP Arman Babajanyan on whether the CSTO partners have been notified that Azerbaijan also carried out attacks on Armenia’s borders.

“The foreign minister is holding telephone talks, I am holding telephone talks, and we are providing information to our partners about the ongoing processes.  But I fully agree, we need to use the entire potential for giving right information on what is happening, who has attacked and why, what actions are being taken. We also need to update the history of the Artsakh issue, as we see in many places that it has been forgotten what this history is about in general. It is presented as an Armenian-Azerbaijani territorial conflict which causes the biggest damage to us, we need to explain that this is a fight for the people’s right to live, and the talk is about the Armenians of Artsakh”, Pashinyan said.