France calls for immediate end to military operations around Artsakh 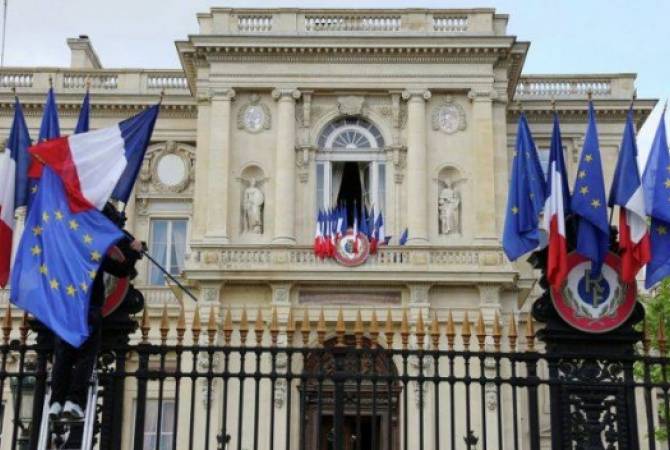 
YEREVAN, SEPTEMBER 27, ARMENPRESS. France’s Ministry for Europe and Foreign Affairs issued a statement over the ongoing military operations launched by Azerbaijan against Artsakh.

“France is deeply concerned over the ongoing large-scale clashes in Nagorno Karabakh and the reports on casualties among civilians, and is calling for an immediate end to the military operations and resuming the dialogue”, the statement says. “At the same time, as an OSCE Minsk Group Co-Chair country, France, together with his Russian and US colleagues, has reaffirmed its commitment to achieve the negotiated and lasting settlement of the Nagorno Karabakh conflict in accordance with the international law”.