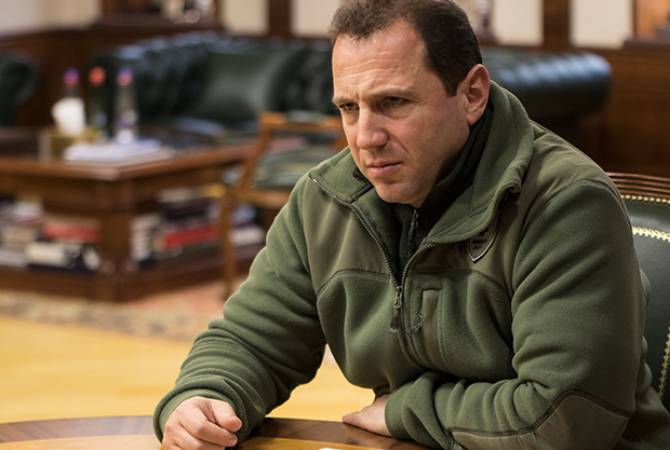 Tonoyan said the Armenian Armed Forces – being the guarantors of security of Artsakh – are ready to provide any assistance to ensure the Artsakhi population’s security.

“Today early in the morning, by grossly violating international humanitarian law norms and the logic of the peaceful negotiations process for the conflict resolution, the Azerbaijani armed forces launched an offensive using rocket-artillery and aviation at the entire length of the Artsakh-Azerbaijani line of contact, targeting both Defense Army combat positions and peaceful settlements of Artsakh. Therefore, the entire responsibility of the combat operations falls on Azerbaijan’s military-political leadership. It is already obvious that by not learning lessons from their own inglorious defeats the Azerbaijani authorities have once again overestimated their abilities, for which I am certain they will be strongly punished,” Tonoyan said.

Tonoyan said this adventurism will have severe consequences for Azerbaijan and the response will be harsh as never before. Tonoyan said the Armenian army has all necessary means to once again destroy the enemy which is attacking the homeland.

“Dear countrymen, brothers-in-arms, all our victories were shaped thanks to unity. I am sure, at this decisive moment we will carry out our combat objective in unity and with honor, teaching a lesson to the enemy who only understand the language of force,” Tonoyan said.

11:29, 05.19.2022
1862 views U.S. recognizes role of population of Nagorno-Karabakh in deciding its future–Ambassador Tracy’s interview to ARMENPRESS