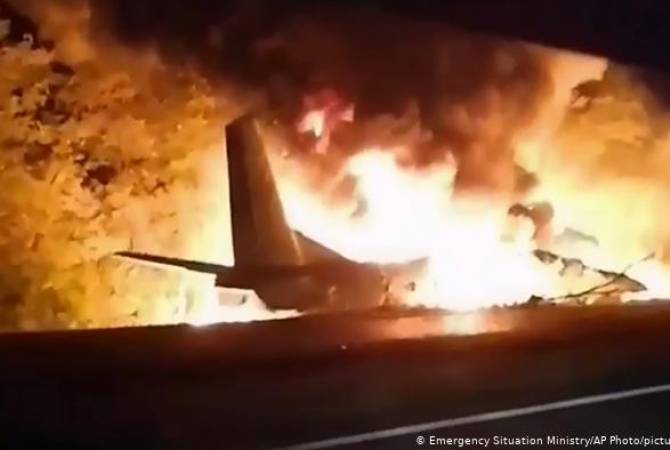 
YEREVAN, SEPTEMBER 26, ARMENPRESS. An An-26 military plane with cadets on board crashed in northeastern Ukraine’s Kharkov region, TASS reports citing the press service of the Ukrainian Air Force.

“Tonight, an air accident involving an An-26 plane of the Ukrainian Air Force took place. The plane crashed while performing a landing approach”, the statement says. “There are death and casualties on board”.

The information was confirmed by the Kharkov Region governor Alexei Kucher.

“A plane crashed near Chuguyev. There are deaths. <...> There are survivors”, the official wrote on his Facebook page.

A total of 26 people were killed.