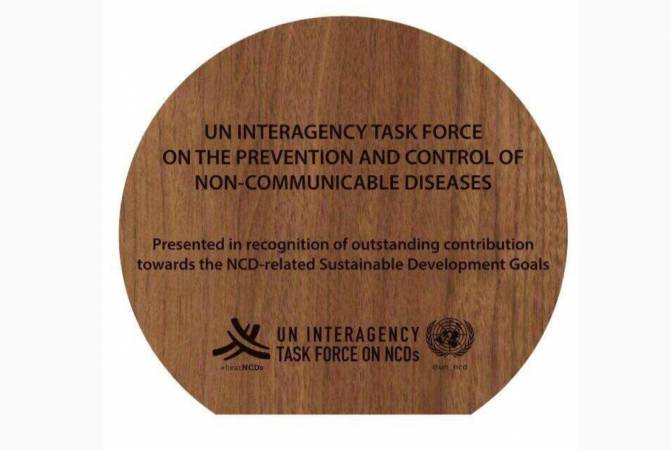 The award took into account Armenia’s achievements in the fight against Non-communicable Diseases, including the policy run for reducing and preventing the negative impact of tobacco types, their substitutes.

The ministry of healthcare made major efforts in the fight against the growing burden of NCDs, by showing a coordinated approach.

The Armenian government had developed a number of strategic measures and legislative changes for effectively conducting the fight against the NCDs.