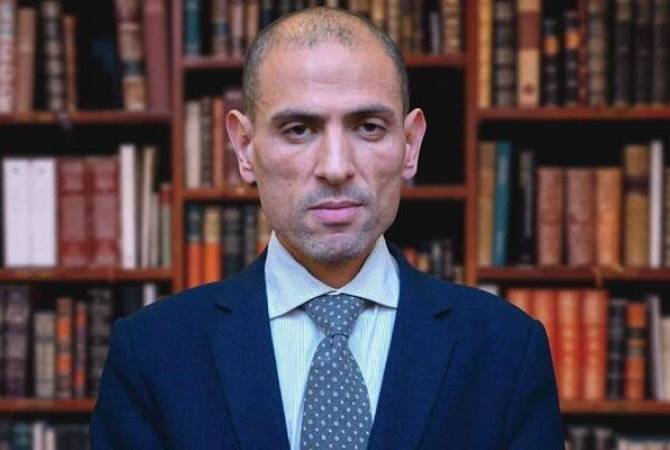 “In order to start such actions Azerbaijan is preparing a respective ground by conducting anti-propaganda, spreading fake news as much as possible, for instance, the one according to which Armenia is bringing Kurds to Armenia and Artsakh. This is of course obvious fake news and is out of logic, no one would believe in it, however, by ensuring the respective field in the political platform Azerbaijan, in case of an attack, will already announce that it is protecting itself. Therefore, the Azerbaijani President’s such rhetoric, statement containing large number of accusations are leading to that”, the Egyptian analyst said, adding that information war is underway at this stage, but after that concrete actions in the border are not ruled out.

According to him, this entire process comes from Azerbaijan, but he says that here he obviously sees Turkey’s handwriting. Azerbaijan may go to escalation, supported by Turkey, which is trying to strengthen its positions in the region. The editor-in-chief of Realist Arabic says it’s not a coincidence that after the July military operations, escalation on the Armenia-Azerbaijan border, Azerbaijan and Turkey started holding joint military exercises. After that Turkey left a part of its military troops there. According to Amr Eldiib, Turkey is trying to strengthen its positions in Azerbaijan, and this means strengthening of positions in the Caucasus and the region.

“Obviously this is Turkey’s handwriting. Observing the last experience we see that Turkey has used the conflicts in different parts of the Middle East for strengthening its positions. Now it tries to do the same in the South Caucasus”, he added.

The analyst said that Turkey is also trying to solve another issue. In recent period Turkey’s actions at several directions in the Eastern Mediterranean, North Africa and Middle East are not fully accepted by the international community.

“Currently Turkey is under strong pressures over the issues of the Middle East and the Eastern Mediterranean. Therefore, it’s not ruled out that Turkey may try to go to the Central Asia, Armenia, Azerbaijan in order to avoid these pressures. But I think that Turkey should not be provided with that opportunity”, he said. In this respect he highlighted uniting efforts with different countries. All countries, which feel a threat by Turkey, should be able to act jointly and jointly react to Turkey’s aggressive policy if necessary.

The analyst attached importance to the recent visit of Armenian Foreign Minister Zohrab Mnatsakanyan to Egypt, which also touched upon Turkey’s actions. He says Egypt and Armenia have a great potential to develop the relations not only in the political, but also in other fields. By using the friendly ties and opportunities between the two peoples it is necessary to boost the cooperation in other sectors as well. Amr Eldiib expressed hope that meetings of Armenian and Egyptian officials will take place soon.