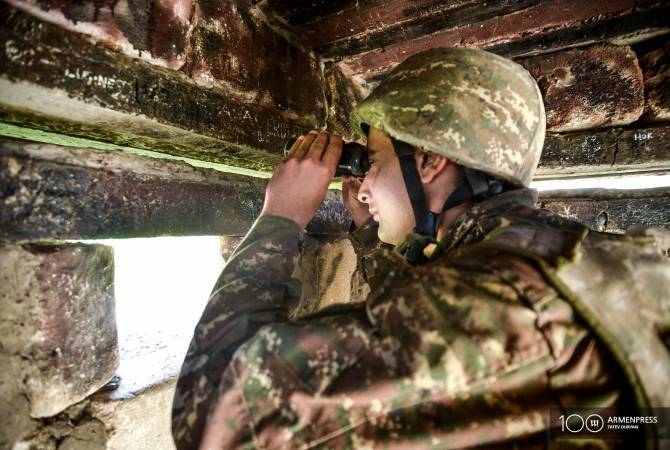 
YEREVAN, SEPTEMBER 19, ARMENPRESS.  Azerbaijani armed forces violated the ceasefire at the Artsakh line of contact around 295 times in the past week.

The Defense Army of Artsakh said in a statement that the Azerbaijani military fired more than 2300 shots from various caliber firearms at their positions from September 13 to 19.

“The Defense Army vanguard units mostly refrained from responding to the adversary’s provocative actions and continued confidently carrying out their combat objectives.”