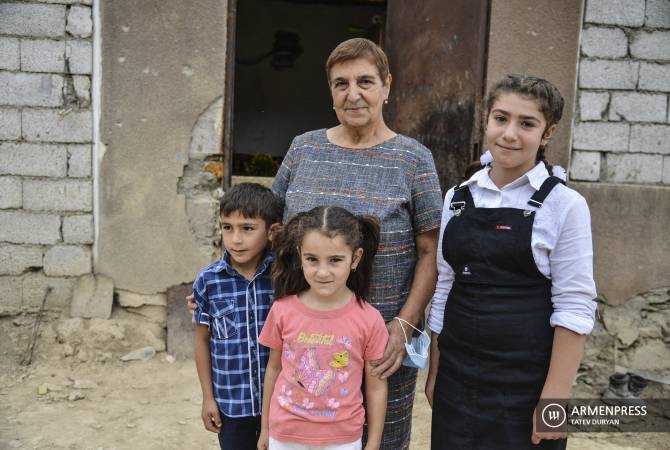 
YEREVAN, SEPTEMBER 18, ARMENPRESS. Years of recurrent cross-border gunfire from Azerbaijan has become a usual thing for three generations of the Aghasyan-Chobanyan family living in the Armenian village of Chinari, which came under heavy bombardment most recently in July 2020. 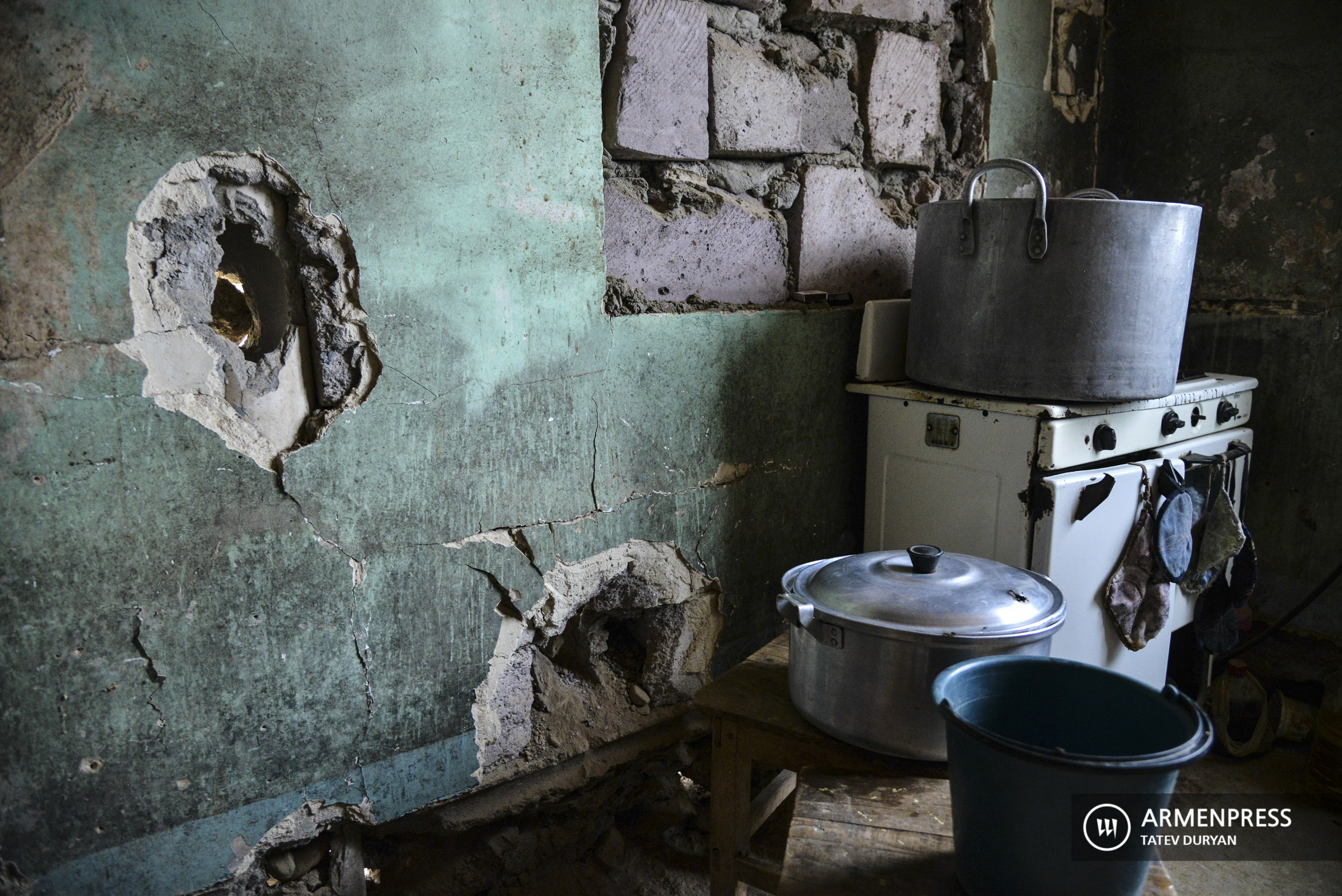 “When this happens, we immediately take shelter as usual, we don’t care for these shots, but we didn’t expect them to use such heavy artillery this time,” Lidia Chobanyan, a mother of two, told ARMENPRESS’s Lilit Demuryan at the damaged home. Lidia Chobanyan and her husband Samvel Aghasyan live here with their daughter, son, daughter-in-law and 5 grandchildren. 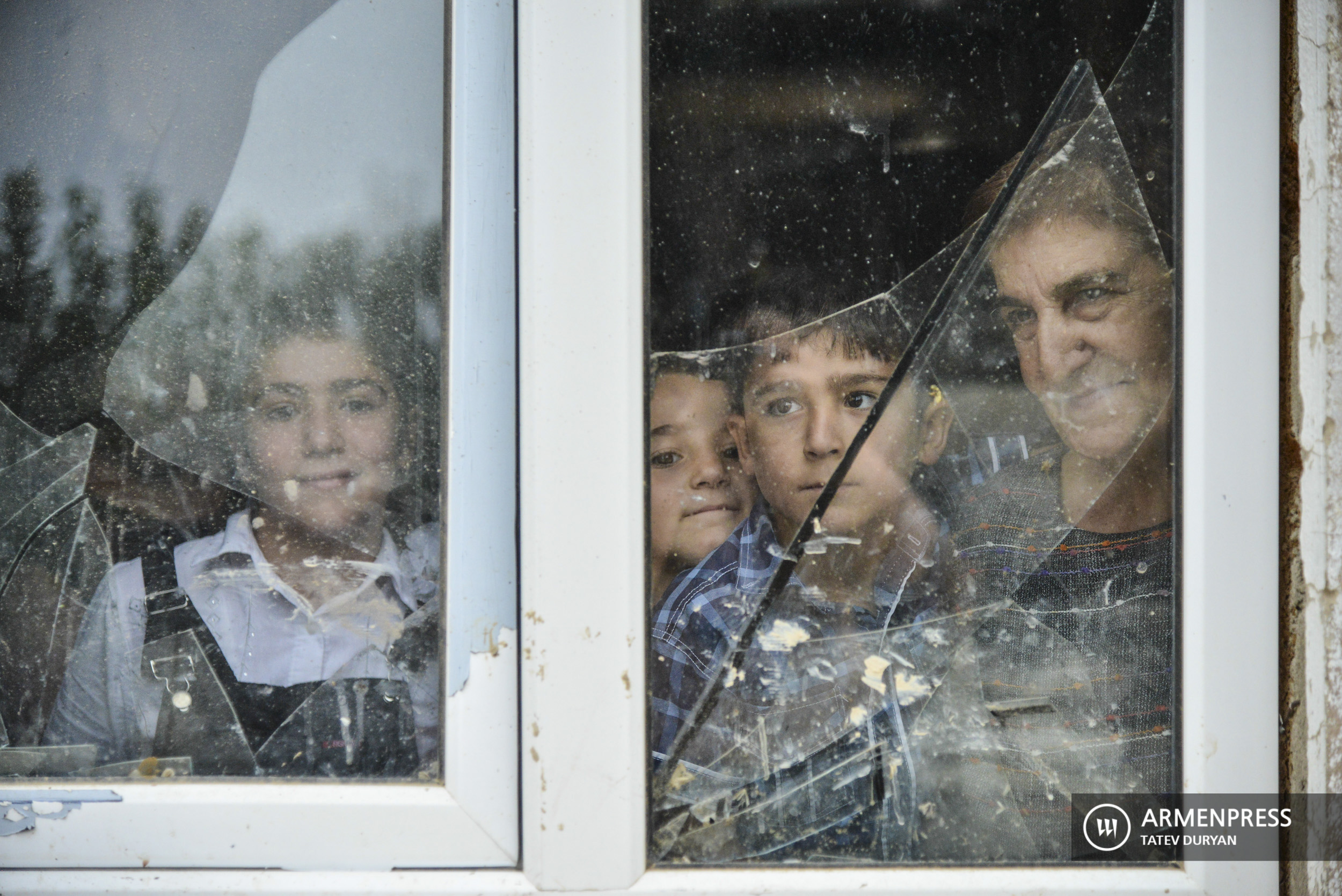 “We took shelter, but I wasn’t scared, and I am not scared of those sounds,” the family’s 7-year-old Samvel Junior, a 2nd grader said.

Lidia Chobanyan, a teacher by profession, said that one of the artillery shells directly hit the house, and one exploded in the yard. “Windows were destroyed, the bread bakery were I used to frequently bake bread is gone. The solar power station is destroyed, we’d installed it only a month before,” she said when asked what happened on the morning of July 16. 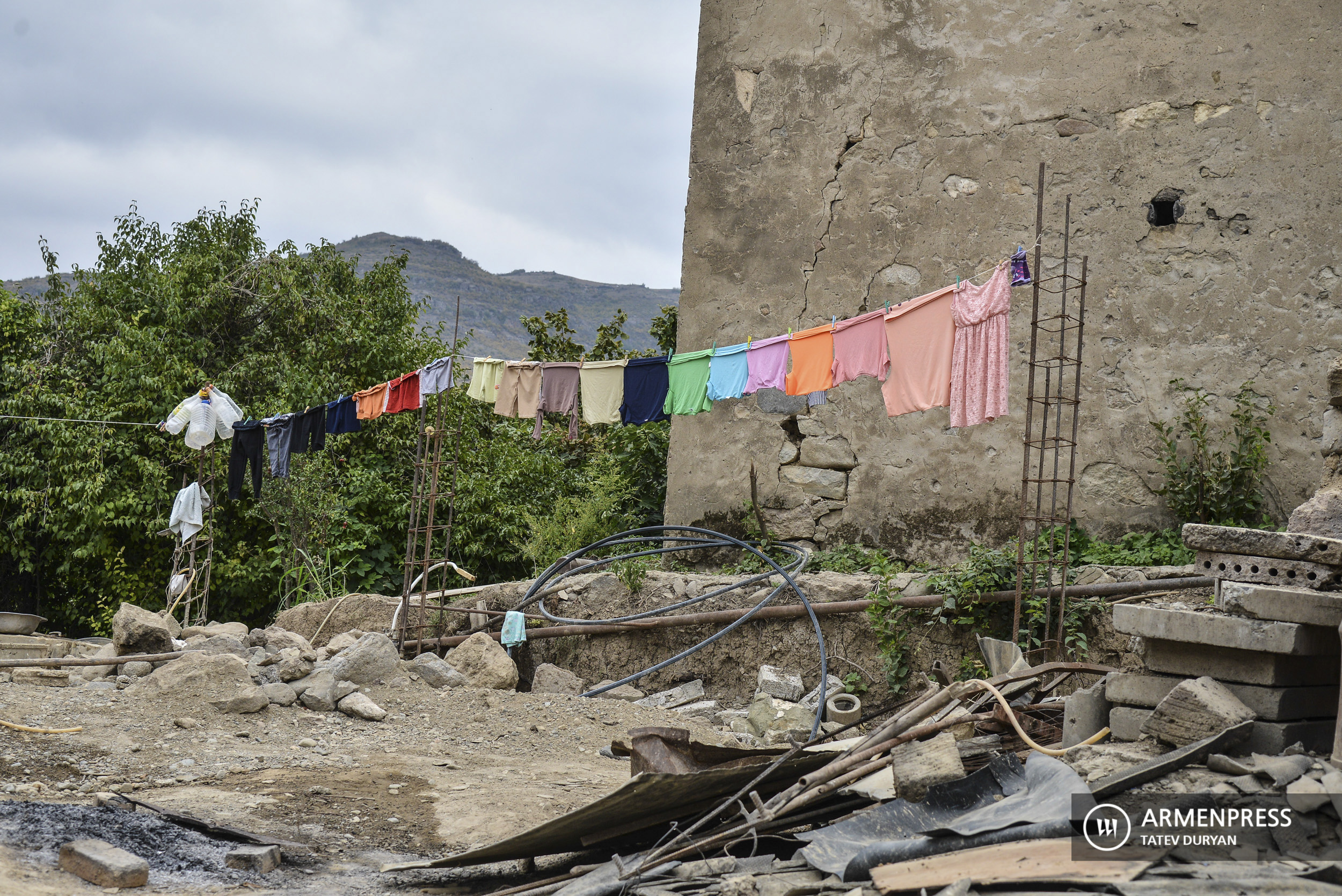 Now, the government is building a brand new 7-room house for the family, something Chobanyan says they didn’t even hope for. She said they used to rebuild the damages from cross-border shelling at their own expense in the past.

“Before this happened we had started a renovation, we didn’t manage to finish it, but now, after the July events the Prime Minister issued a directive and a new house is being built for us. We are very happy, but we don’t believe that the construction will be finished because Azerbaijan is shooting all the time, even during these past few days they started shooting more,” Chobanyan said.

As much as these incidents have become usual for them, Chobanyan admitted that every day they are living in fear, but at the same time with hope.

The government has allocated more than 64,000,000 drams for the new, 208 square meter house with an additional 110 square meter bomb shelter.

“It is very important for residents of the villages who were targeted by adversary artillery to know that the government is standing by their side and is doing more than they think,” PM Nikol Pashinyan’s advisor Robert Ghukasyan said. He said the construction will most probably be finished by yearend 2020. Similar government-funded reconstruction works are underway in other villages of the Tavush province – Aygepar and Nerkin Karmiraghbyur – which were also damaged when Azerbaijani military began shelling peaceful civilians.