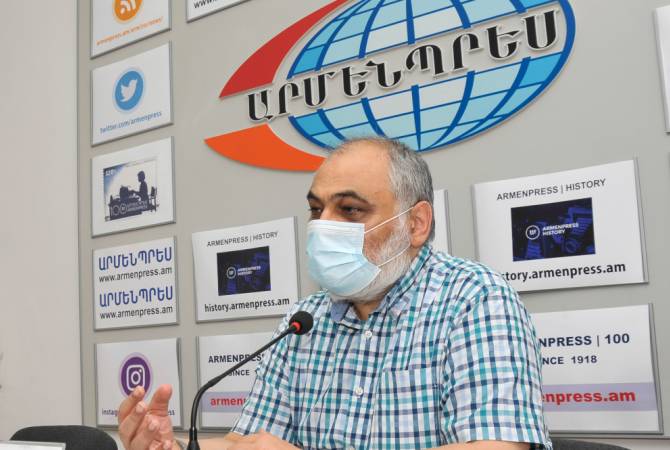 
YEREVAN, SEPTEMBER 16, ARMENPRESS. A Turkish survey vessel’s return to port from eastern Mediterranean near Greek shores was a tactical step, argues analyst Ruben Safrastyan, the interim scientific director of the Institute of Oriental Studies of the Armenian Academy of Sciences.

“If we generally evaluate Erdogan’s foreign policy in the recent years, we see that it has the following peculiarity: he tries to increase tensions around Turkey. In these conditions he may take a small step back and in exchange expect a big concession from the other side. I think the Turkish vessel’s return from Greek waters was the manifestation of this very tactic,” Safrastyan said.

Safrastyan argues that Turkish leader Recep Tayyip Erdogan’s policy in the Mediterranean is aimed at strengthening and expanding his circle of influence at all cost and to subsequently gain material benefits namely the major gas reserves underwater. The expert on Turkey argues that Erdogan seeks to monopolize natural gas use and become a regional supplying hub, therefore these actions are aimed at both increasing geopolitical influence and becoming a center in the energy carrier sector.

Ruben Safrastyan says Turkey is carrying out its aggressive policy in a number of countries in the region and is expecting that these actions would increase its reputation or influence, but it backfired as Ankara received a strong counter response from what Safrastyan calls an "anti-Turkish axis" comprising Greece, Cyprus, Israel, Egypt, France and others.

“Therefore I wouldn’t say that Erdogan’s aggressive policy is giving the results he expected,” Safrastyan said.

He noted that Europe is actively speaking about possible sanctions against Turkey, and didn’t rule out that this issue will be raised during the upcoming EU leaders sessions in a week. Aside from European countries, an "anti-Turkish axis" is also being formed among Arab countries since they very well realize the Turkish threats, according to Safrastyan.