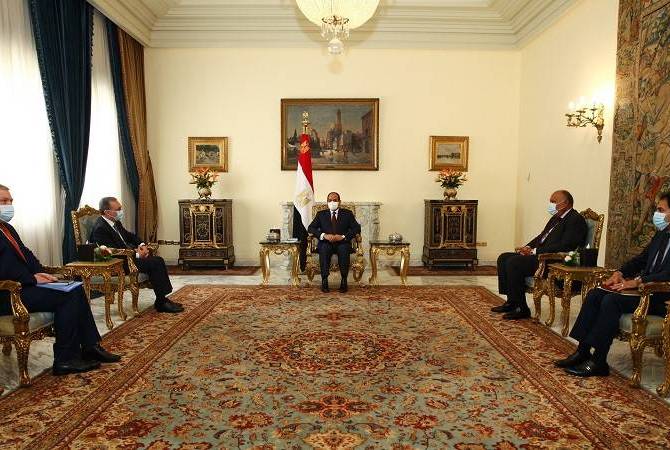 
YEREVAN, SEPTEMBER 14, ARMENPRESS. On September 14, Foreign Minister of Armenia Zohrab Mnatsaknayan, who on an official visit is in Egypt, was received by Abdel Fattah Al-Sisi, the President of the Arab Republic of Egypt, the MFA of Armenia told Armenpress.

Minister Mnatsakanyan expressed his deep gratitude for warm welcome, reiterating the willingness of Armenian side to take steps for further expanding and strengthening the Armenian-Egyptian cooperation. The interlocutors highlighted the spheres of information technologies, governance, pharmacy, tourism and science and education as important directions of cooperation.

Foreign Ministers of Armenia and Egypt commended the Armenian-Egyptian relations based on traditional friendship and mutual respect, emphasizing the bridging role of the Egyptian-Armenian community in strengthening the ties between the two countries and peoples. The Foreign Minister of Armenia highly assessed the historical role of Egypt and its current experience in preserving and consolidating the religious diversity and solidarity.