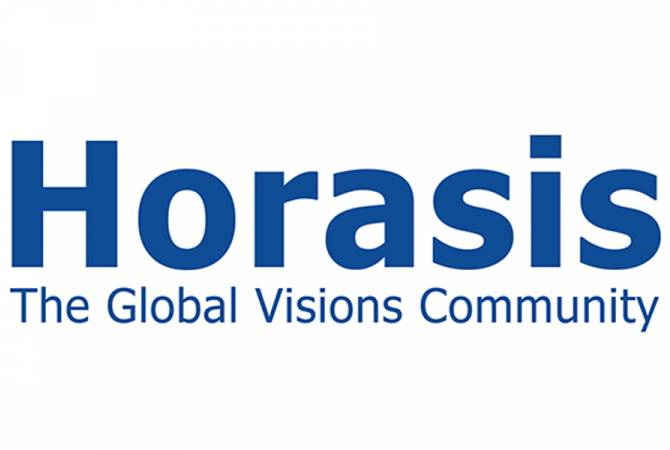 
YEREVAN, AUGUST 27, ARMENPRESS. Horasis announced today that it delayed its Horasis China Meeting 2020, which was scheduled to take place in Yerevan, Armenia in October, due to the novel coronavirus pandemic, and will hold it in October 24-25, 2021 in Yerevan, the Armenian President’s Office told Armenpress.

The Horasis China Meeting 2021 will be co-hosted by ATOM Foundation and the China Federation of Industrial Economics under the auspices of the President of the Republic of Armenia.

More than 300 members of the Horasis Visions Community from business and government will join an intense two-day programme to discuss how to overcome the COVID-19 crisis.

Participants will discuss opportunities and challenges that Chinese firms need to identify and address successfully as they engage globally. Furthermore, the Horasis China Meeting will play an accelerating role in the rapidly expanding trade and foreign investment between China and Armenia – both countries enjoy broad prospects of cooperation within the framework of the Belt and Road Initiative (BRI). Some of the functions will be attended by high-ranking Armenian and Chinese politicians and other public figures.

The Horasis China Meeting is a comprehensive platform for the CEOs of the world’s leading companies to actively engage with China and its leaders from both business and government. The event is the foremost annual gathering of Chinese business leaders and their global counterparts. The location of the meeting rotates annually, and has been held in Geneva/Switzerland (2005, 2006), Frankfurt/Germany (2007), Barcelona/Spain (2008), Lisbon/Portugal (2009), City of Luxembourg/Luxembourg (2010), Valencia/Spain (2011), Riga/Latvia (2012), The Hague/The Netherlands (2013), Lake Como/Italy (2014), Cascais/Portugal (2015), Interlaken/Switzerland (2016), Sheffield/United Kingdom (2017), Kyiv, Ukraine (2018) and Las Vegas, USA (2019).

On October 1, 2020, a remote session dedicated to the promotion of Armenia’s science-based economy will be held at the extraordinary meeting of Horasis, which will enable to discuss Armenia’s investment climate and growth prospects.

ATOM (Advanced Tomorrow): ATOM Foundation is planning and implementing educational, scientific, social, cultural and charity programs and events both in Armenia and abroad.

Horasis: The Global Visions Community is an independent international organization committed to inspiring our future. In addition to the Horasis China Meeting, Horasis hosts the Horasis Global Meeting as well as other regional events focusing on India and South East Asia.