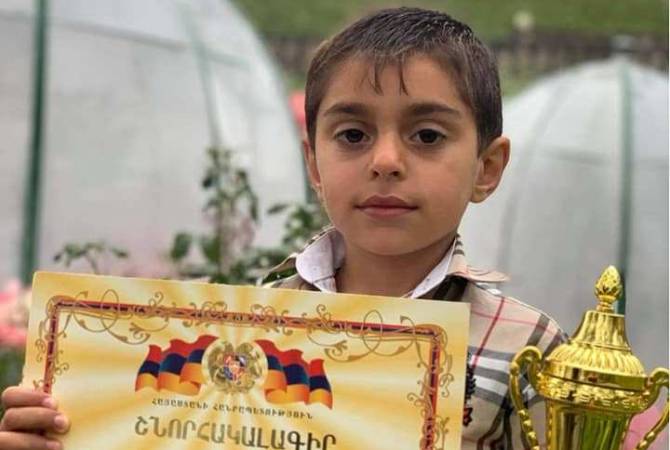 
GAVAR, AUGUST 18, ARMENPRESS. A 6-year-old boy from the town of Sevan has won the Republican Culinary Competition held recently in Goris, Armenia.

According to the Sevan town hall staffer Armine Ghukasyan, it was 6-year-old Mher’s mother who learnt about the cooking classes and subsequent competition and immediately signed her son up for it.

Mher, the youngest contestant, surprised the jury with his salad and stuffed fish.

Armine Ghukasyan says the kid developed love for cooking at the age of 3, when he saw his mother and grandmother preparing meals in the kitchen, and soon started helping them. The little chef’s culinary path began by helping his grandma with making desserts.

The 6-year-old had already made a name for himself before the competition – days before the event, he was hosted by Sedrak Mamulyan himself, the master chef, TV personality and head of the Development and Preservation of Armenian Culinary Traditions organization.

After winning the national competition, Mher is now preparing to participate in the Dolma Festival. He says he is going to become a chef and open a restaurant in Sevan.

Reporting by Khosrov Khlghatyan; Editing and Translating by Stepan Kocharyan