Treaty of Sevres is historic fact, our duty is to remember and preserve its meaning – PM Pashinyan | ARMENPRESS Armenian News Agency

Treaty of Sevres is historic fact, our duty is to remember and preserve its meaning – PM Pashinyan 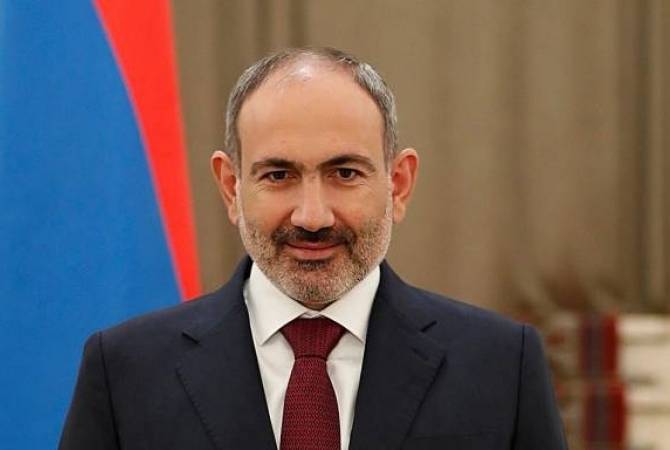 
YEREVAN, AUGUST 10, ARMENPRESS. On the 100th anniversary of the signing of Treaty of Sevres, Armenian scholars are holding the “Treaty of Sevres and the Armenian Question” forum at the National Academy of Sciences in Yerevan.

Greeting the participants of the conference, the Prime Minister expressed profound gratitude for organizing the important event.

“The Treaty of Sevres has a significant place in the modern history of the Armenian people. It’s no coincidence that it remains subject to scientific studies and research. Therefore, it is highly important for the unbiased studies conducted by our scientists of this one-century old document, the events and developments preceding and succeeding its signing, to be accessible to both our people and the broad international community,” the prime minister wrote in his welcoming remarks.

PM Pashinyan stressed that the Treaty of Sevres is a historical fact and it remains such up to this day.

Speaking about the importance of the treaty, the PM noted that “it was signaling the end of the cursed years. Like the Treaty of Versailles in Europe, the Treaty of Sevres was forming a new system of inter-state relations in the region. [The treaty] was introducing new principles and values, it was establishing not only peace but also justice in [Western Asia].”

Pashinyan says the core of the treaty was the principle of self-determination and equality of nations. The treaty was ending the centuries-old slavery imposed by empires and was giving independence and freedom to peoples of the region.

“Moreover, by providing the right to establish national states in historic territories, it was creating favorable conditions for the coexistence of Muslim and Christian peoples in the region, for peaceful coexistence and preservation of civilizational diversity of the region and their further development. Second, the Treaty of Sevres is the international document that recognized and affirmed Armenia’s independence.  The Republic of Armenia was acting as a legally equal party to this treaty. Centuries after losing independence, the Armenian government was for the first time signing an international treaty with great powers. The Republic of Armenia was being recognized in the defined borders of the treaty as a full member to international relations and a legally equal subject to international law’, the PM said.

PM Pashinyan emphasized that through being party to the treaty Armenia’s and the Armenian people’s contribution to the allied victory in WWI and establishment of peace was also being recognized. The treaty was emphasizing and duly appreciating the Armenian people’s role in international relations and the post-war governing of the world.