Armenia ready to reconstruct some of the ruined buildings in Beirut 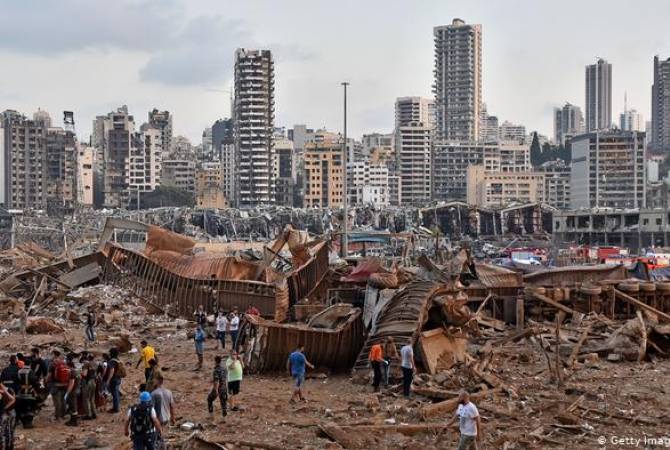 
YEREVAN, AUGUST 7, ARMENPRESS. The Government of Armenia is ready to reconstruct a number of ruined buildings in Beirut, ARMENPRESS reports High Commissioner for Diaspora Affairs Zareh Sinanyan said during an on-line discussion headlined ''Beirut tragedy. How to assist the Armenian community?''.

Sinanyan will depart for Beirut today, accompanied by director of ''Hayastan All-Armenian'' Fund Haykak Arshamyan, chairman of Armenia-Lebanon inter-parliamentary friendship group Hrachya Hakobyan.  The 1st plane of humanitarian aid will reach Lebanon on August 8. 2 other flights will be carried out a little later.

''It's natural that the Government of Armenia stood with Beirut and its people following the explosion. Armenia will send the aid based on the list presented by the Lebanese Government. The Government of Armenia is ready to reconstruct some of the ruined buildings, it's just necessary to see everything from there and make a realistic decision of what we can do'', Sinanyan said.

Sinanyan also plans to discuss the issue of repatriation of Armenians.

Two major explosions rocked Beirut on August 4 and witnesses filmed the explosions and presented the devastation in the area.

Reporting by Lilit Demuryan, Editing and translating by Tigran Sirekanyan