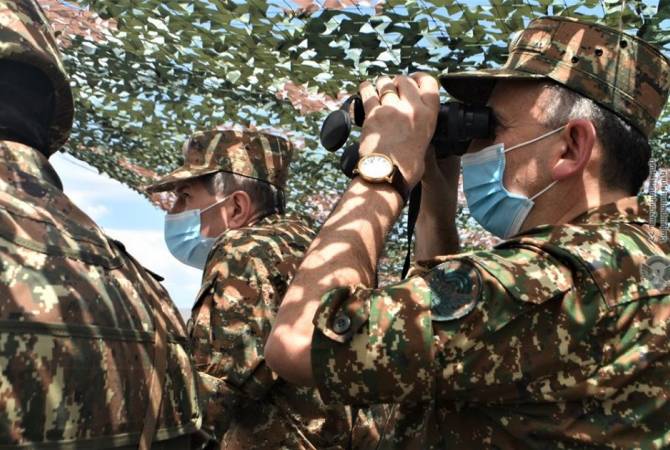 
YEREVAN, AUGUST 3, ARMENPRESS. Chief of the General Staff of the Armed Forces Lt. General Onik Gasparyan has visited the 4th and 5th Army Corps HQs on August 1, the Defense Ministry said in a news release.

Gasparyan checked the readiness levels of the military bases, the implemented actions and the capabilities of commanders in commanding actions of the divisions in different scenarios.

The commanders of the corps briefed Lt. General Gasparyan on the border situation, the troops’ physical, combat and morale level and mission objectives of the units.