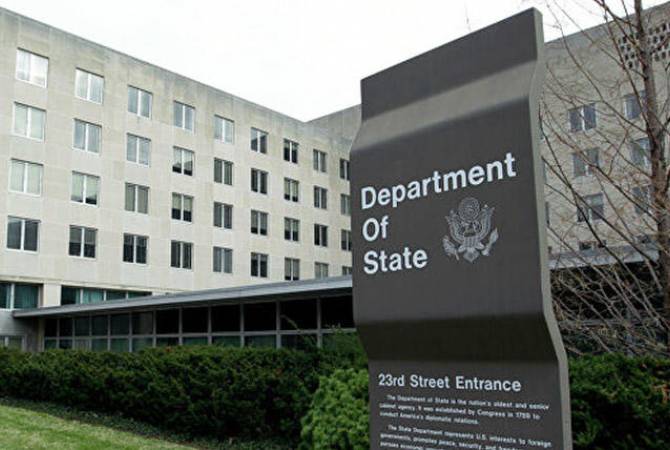 
YEREVAN, JULY 31, ARMENPRESS. The US State Department commented on the recent arrests of opposition figures in Azerbaijan, which coincided with the recent clashes on the Armenian-Azerbaijani border, Voice of America reports.

The State Department urged Azerbaijan to refrain from violence and respect the fundamental freedoms. It called on Baku to properly investigate the reports on violence and pressure by the police and hold the guilty ones accountable.

Back in July 20 the US State Department commented on the human rights violations in Azerbaijan. In a report the State Department also touched upon this issue, stating that the Azerbaijani authorities are arresting opposition figures. The Department urged Azerbaijan to avoid using the COVID-19 pandemic to silence civil society advocacy, opposition voices, or public discussion.

The Washington Post published an article titled “Azerbaijan’s president aims to finish off the political opposition”, stating that “Mr. Aliyev’s use of the iron fist to destroy his critics is the opposite of democracy”.