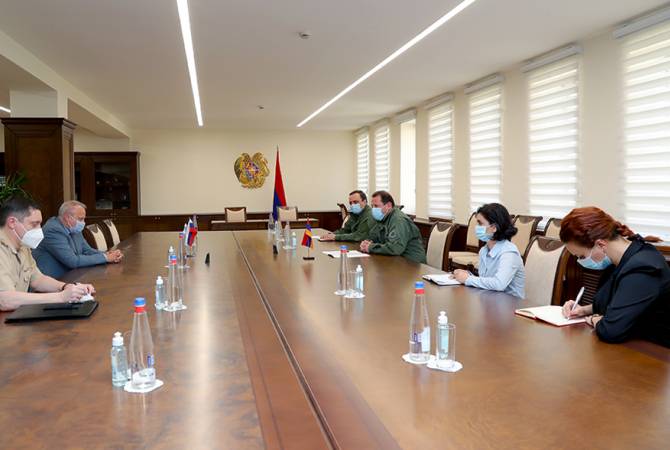 As ARMENPRESS was informed from the press service of the MoD Armenia, the sides discussed the issues over the military and military-technical cooperation between the two countries, as well as the military-political situation in the region.

The Minister presented to the Ambassador the recent days' situation on the Armenian-Azerbaijani border and Artsakh-Azerbaijan contact line, emphasizing the constructive and stabilizing role of Russia.

Presenting his evaluations of the political and military steps of Azerbaijan and Turkey aimed at destabilizing the situation in the region, Minister Davit Tonoyan noted that the Armenian Armed Forces, as well as the Armenian-Russian joint unit continue following the developments, analyzing them and are ready to any development.

Ambassador Kopirkin once again reaffirmed Russia's position over the establishment of stability in the region and informed that the Russian sides takes all necessary measures in that direction.