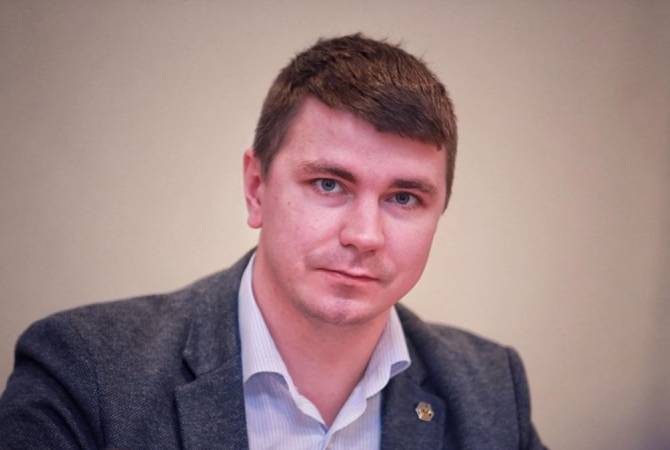 
YEREVAN, JULY 18, ARMENPRESS. Member of the Verkhovna Rada of Ukraine, author of the Armenian Genocide recognition resolution Anton Polyakov strongly criticized the statement of the foreign ministry of Ukraine over the border tensions between Armenia and Azerbaijan. ARMENPRESS reports the MP wrote on his Telegram page that in the last days the confrontation between the two countries has escalated and there is a threat of real war.

‘’There was information that the Azerbaijani army is ready to strike the nuclear power plant of Armenia, which can lead to terrible catastrophe. I hope official Baku will be guided by health mind and will not allow activation of military operations’’, the MP wrote.

Anton Polyakov calls on the diplomats of the foreign ministry of Ukraine to take a rational position, because the senseless announcements in protection of one of the sides have already caused a serious diplomatic scandal.

‘’I want to remind Mr. Kuleba (Foreign Minister of Ukraine – edit.) that the main responsibility of his ministry is increasing the status of the country on the international arena, and not the contrary. There must be no provocations and mistakes. Ukraine must stay neutral’’, the MP wrote.

Earlier, another Ukrainian MP Darya Volodina strongly criticized the foreign ministry’s position, noting that the one-sided announcement over the conflict between Azerbaijan and Armenia is an indicator of professional incompetence.