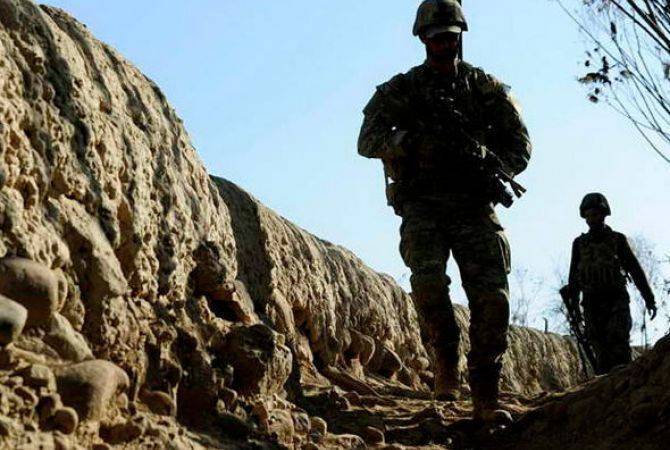 
YEREVAN, JULY 17, ARMENPRESS. The Austrian APA news agency has published an article about the recent developments on the Armenian-Azerbaijani border.

“The situation has escalated on the Armenian-Azerbaijani border since July 12 due to the aggression and ceasefire violations by Azerbaijan. On July 12, at 12:30 the Azerbaijani armed forces launched provocative actions on the Armenian-Azerbaijani border, attempting to violate the state border of Armenia in direction of Tavush province in a military vehicle. After the warning of the Armenian side, the Azerbaijani troops left the vehicle and returned to their positions. An hour later the Azerbaijani side started an attack on an Armenian positions with mortars, but was again pushed back. It’s worth noting that that position is located in Armenia’s territory, and the actions taken by Azerbaijan are obviously an aggression towards Armenia’s territory.

On July 13 and 14 the Azerbaijani side continued and expanded its provocative actions on the norther-eastern section of the Armenian-Azerbaijani border, shelling several villages in Tavush province, with the use of 83mm and 120mm mortars, artillery and a tank.

Despite the agreements reached with the efforts of the OSCE Minsk Group Co-Chairs, the Azerbaijani side continues violating the ceasefire, targeting the Armenian town of Berd and civilian infrastructures, as a result of which some civilian infrastructures, including a factory producing 300,000 face masks for COVID-19 daily, a kindergarten and a vehicle of the emergency situations, have been damaged.

In recent years Azerbaijan has consistently run a policy aimed at keeping the situation tense in different parts of the Armenian-Azerbaijani border, gradually expanding also the geographical borders of that tension and always trying to strengthen its combat positions, trying to keep Armenia’s bordering villages and towns under a direct fire.

Like in the past, Azerbaijan is deploying its artillery units, with which it bombards the Armenian settlements, directly in the Azerbaijani settlements, thus using its own civilian population as a shield in case of a possible counter response.

Commenting on reasons, the Armenian Prime Minister said that the Azerbaijani leadership, instead of calling on its own people to keep the healthcare rules, was making calls for military war, it seems the anti-Armenianism is the best way of fighting the coronavirus in Azerbaijan.

All this is connected with the difficulties Azerbaijan’s dictatorial regime is currently facing: absence of divergence and free media, political prisoners, fruitless fight against COVID-19, drop in oil prices. It’s obvious that the healthcare and economic consequences of the pandemic, the recent ongoing reshuffles in Azerbaijan’s domestic political life which are accompanied with arrests in different public administration structures, including in the foreign ministry, have caused domestic political challenges.

Azerbaijan, one again trying to deviate the public attention from the domestic problems, is speculating the Nagorno Karabakh conflict and is trying to conduct an internal unity around the image of external enemy.

Azerbaijan’s defense ministry and political leadership present these provocative actions as key achievements and a military victory against Armenia, emphasizing with a vivid military rhetoric that they can use force towards Armenia’s military and civilian infrastructures in case of necessity.

An obvious ignoring attitude towards human lives is seen in the actions of the Azerbaijani military-political leadership. The evidence of this is also the fact that Azerbaijan has not joined the UN Secretary-General’s recent call for global ceasefire during the pandemic.

Contrary to the calls of the OSCE Minsk Group Co-Chairs to refrain from provocative actions, hostile rhetoric and strengthen the ceasefire regime, as well as the call of the UN Secretary-General for global ceasefire, Azerbaijan not only continues acting with threats of use of force and military escalation, but also, unfortunately, implements them today.

Armenian Prime Minister Nikol Pashinyan has strongly condemned the provocative actions of the Azerbaijani armed forces, stating that Azerbaijan’s military-political leadership will bear the whole responsibility for the unpredictable consequences of the regional destabilization.

We want to highlight that Armenia, decisively defending its borders and population, is acting from the positions of mitigating the tension. At the same time any attempt directed against Armenia will receive a proportionate response. Armenia has consistently urged to solve all issues through peaceful means and negotiations, this is the only guarantee for the establishment of lasting and stable peace in the region”.