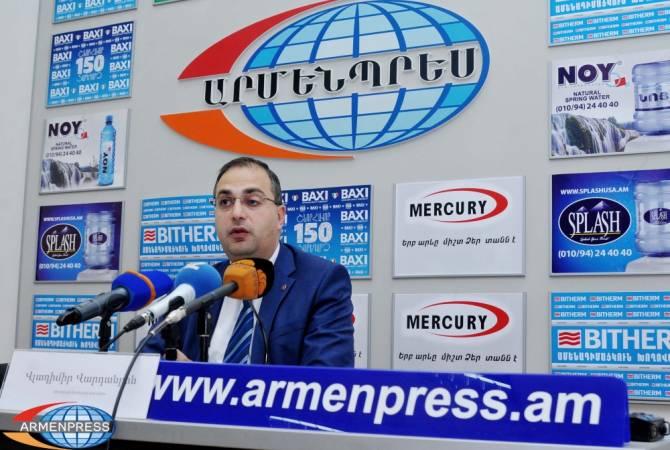 
YEREVAN, 16 JULY, ARMENPRESS: The international community should clearly understand the terroristic nature and attitudes of Azerbaijani leadership and take concrete actions in order to sober up Azerbaijani aggressive policy which cannot be defined anyhow but war-crimes-oriented and security threat towards civilian population of Armenia, neighbouring states, the region as whole and the globe in general. In the same time it should be stated that ongoing operations carried out by the Armed Forces of the Republic of Armenia are the only acting and effective guarantee of regional and global security.

The Head of the Press Service of the Ministry of Defense of Azerbaijan threatened with military attack towards the Armenian Nuclear Power Plant, saying “At the same time, the Armenian side should not forget that the latest missile systems, which are in service with our army, allow hitting the Metsamor Nuclear Power Plant with high precision, which can lead to a huge catastrophe for Armenia.”

Practice of the International organizations concerned is also witnessing that such attempts are considered as acts contradicting International Law. In particular, the UN General Assembly in numerous resolutions addressed the issue of any threat to attack and destroy nuclear facilities, stating clearly that it “constitutes a violation of the Charter of the United Nations” (the UNGA RES 38/9, 10 November 1983, para. 3) The IAEA in several resolutions between 1987 and 1990, the stated that it considered an attack against nuclear installations used for pacific ends to be contrary to international law (IAEA. Res. GC(XXXI)/RES/475, 25 September 1987, preamble; Res. GC(XXIX)/RES/444.  27 September 1985.  Para. 2; Res. GC(XXXIV)/RES/533, 21 September 1990, Para. 3)

Despite the fact that Azerbaijan is still not a Party to the Additional Protocols to the Geneva Conventions it is necessary to emphasize the very said provision is also a part of customary International humanitarian law binding Azerbaijan as well as all the other countries. Such statements also contradicts to the Azerbaijani domestic legislation, in particular, the Criminal Code which is prescribing in particular that directing attacks against installations which may cause severe damage to civilian objects or severe losses among the civilian population constitutes a war crime under in international and non-international armed conflicts (Article 116.12, the Criminal Code of Azerbaijani Republic).

It is due to mention that Statute of International Criminal Court considered as a war crimes also: ”Intentionally launching an attack in the knowledge that such attack will cause incidental loss of life or injury to civilians or damage to civilian objects or widespread, long-term and severe damage to the natural environment which would be clearly excessive in relation to the concrete and direct overall military advantage anticipated” (Article 8.2b(iv));

Dr. Vladimir Vardanyan is the Chair of the Standing Committee on the State and Legal Affairs of the National Assembly of the Republic of Armenia