New tender to be announced for restoration of Dvin archaeological site 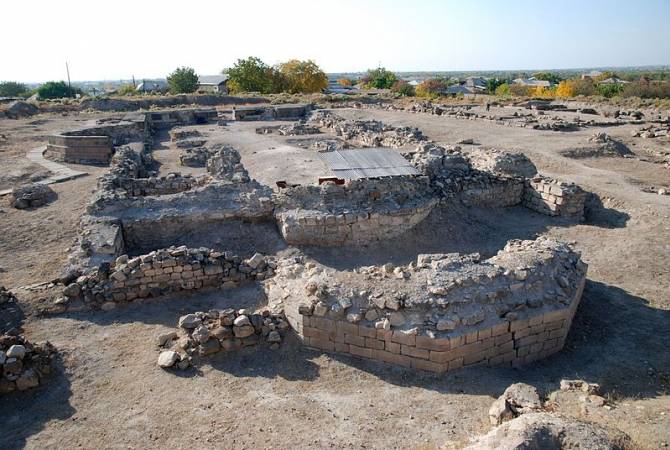 “So far, several tenders have been announced for launching the works, but they were postponed for various reasons. Now we are going to announce a new tender and hope that this time we will have a company participating in this project because the continuation of the works depends on this”, he said.

It is planned to fortify and restore three monuments in the Dvin archaeological site. They are the first and second palaces of the Catholicosate and the St. Gregory Catholic Church. The works are being carried out by the Armenian Territorial Development Fund within the frames of the local economy development project through the loan resources provided by the World Bank and the co-financing of the Armenian government. The investment at the first stage will comprise nearly 145 million drams.

“The partnership with archaeologists at this stage is in the form of verbal agreements, but these works are just impossible and impermissible without archaeologists, therefore, firstly the archaeologists will work and then the constructor company”, Artur Soghomonyan said.

He said it’s still too early to say what infrastructures this site will have from tourism perspective. “At this stage it’s too early to speak about infrastructures as we deal strictly with a unique space and we will be able to answer to this question after complete excavations and restoration of the site. This is the reason that the works have been separated into two phases: at the first phase there is a task to carefully restore the site without damaging the architectural composition after which only the works on creating tourism infrastructures will launch”, he added.